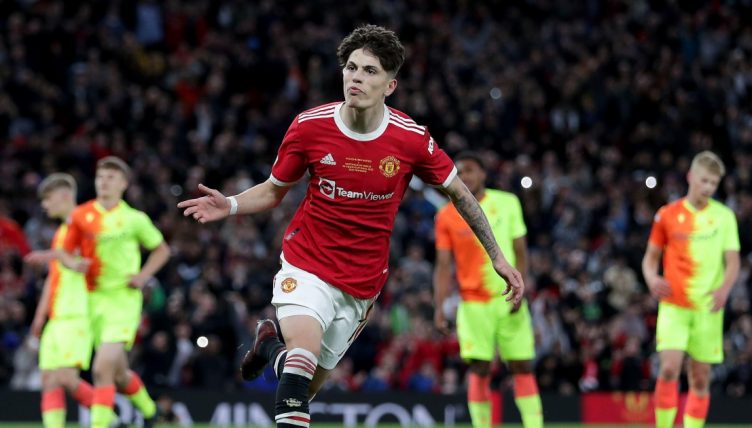 Garnacho joined United’s academy from Atletico Madrid in the summer of 2020 and is regarded as one of their most promising talents.

He won their prestigious Jimmy Murphy Young Player of the Year award and made two first-team appearances under Ralf Rangnick at the end of the campaign.

Garancho, who was born in Madrid to a Spanish father and Argentinian mother, has previously represented Spain at Under-18 level but is now playing for Argentina Under-20s at the Toulon Tournament in France.

During the group stages, he scored the winning goal against Panama Under-23s and then netted a brace in a 6-2 defeat against France’s Under-20s.

The winger started against Japan and showcased his dribbling skills before firing the ball through the goalkeeper’s legs. He also registered an assist as Argentina won 3-2 and finished fifth in the tournament.

“I think he has a promising future. He has huge potential,” Argentina Under-20s manager Javier Mascherano said after the game.

Garancho’s impressive performances with United’s youth teams have reportedly caught the attention of other European clubs.

According to reports in Italy, the 17-year-old is closely watched by Juventus, who famously signed Paul Pogba from United in 2012.

But the Manchester Evening News claim that Garnacho’s current contract at Old Trafford doesn’t expire until 2025 and talks are progressing well over a new deal.

United manager Erik ten Hag is also set to include the winger in his squad for this summer’s pre-season tour and will take the chance to cast his eye over him.