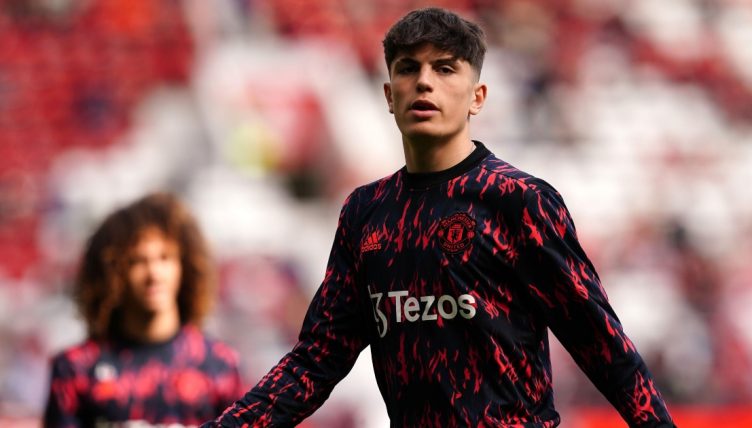 Garnacho, who joined United’s academy from Atletico Madrid in 2020, shot to prominence in 2021-22 by helping United’s Under-18s win the prestigious FA Youth Cup for the first time since 2011.

He was rewarded with the Jimmy Murphy Young Player of the Year award and came off the bench to make two cameo appearances for the first team.

The 17-year-old, who is of mixed Argentinian and Spanish heritage, was also called up as part of a 44-man senior Argentina squad in March 2022.

“It’s always been a dream of mine to be playing in the same team alongside star players of that kind of level,” Garnacho said at the time when asked about Lionel Messi, Angel Di Maria and Lautaro Martinez.

“And I’m going to learn loads from them, grab the opportunity and improve as a player.

“This [call-up] will get people talking about me but I’m still young and it’s the beginning of my career and I’m just focused on playing football and on improving.”

While he is yet to play for Argentina’s first team, the winger did make his debut for their Under-20s and is now playing for them at the Toulon Tournament in France.

Garnacho made his first tournament start in the opening game against Saudi Arabia’s Under-20s and then scored the winner against Panama’s Under-23s in their second group game.

Argentina suffered a heavy defeat to France in their final group game and missed out on top spot but Garnacho still showcased his skills.

With France leading 5-0, the United academy graduate stepped up to rake a free-kick in the 59th minute and beat the goalkeeper with a sublime effort.