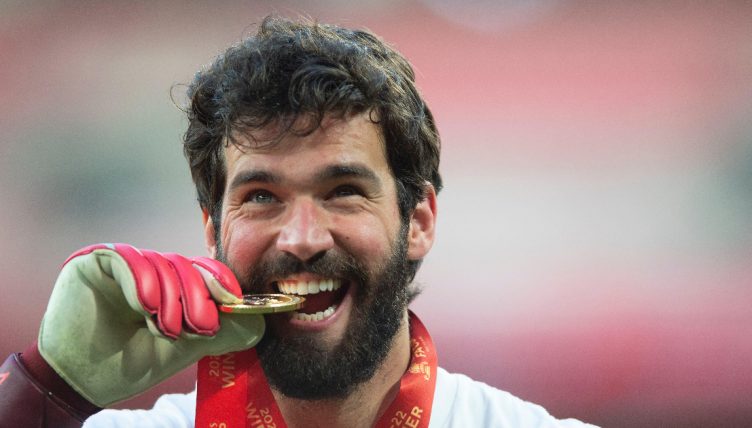 Liverpool goalkeeper Alisson was one of the heroes as Liverpool beat Chelsea on penalties in the FA Cup final, saving Mason Mount’s spot-kick in the shoot-out, and his reaction to Kostas Tsimikas’ winner was priceless.

The Brazil international has been one of Liverpool’s best players this season and his reflex save to deny Mount required a serious amount of skill but beyond his special shot-stopping, his passion alone makes him a popular figure at Anfield.

The 29-year-old watched as the Tsimikas slotted away his decisive penalty and initially jogged towards his team-mates before sprinting and jumping on centre-back Joel Matip.

“It’s amazing, we did such a good performance,” Alisson told the BBC after the game.

“It was a shame we didn’t score. It was a proper fight, we kept a clean sheet, and then afterwards the boys were unbelievable scoring the goals.

“I just had to save the last one. I am so happy. Myself and also [Edouard] Mendy did amazing saves. I couldn’t have done the saves without the help of the team. They work well and make it easier for me.”

Asked about his fantastic save from Mount, Alisson was quick to praise the Liverpool staff and the opposition.

“This gives us more confidence in the Premier League and also the Champions League final. It’s a fantastic moment now, we just need to enjoy.”

Alisson certainly did enjoy the win, and he will be hoping for more scenes of joy in Liverpool’s upcoming Champions League final against Real Madrid.