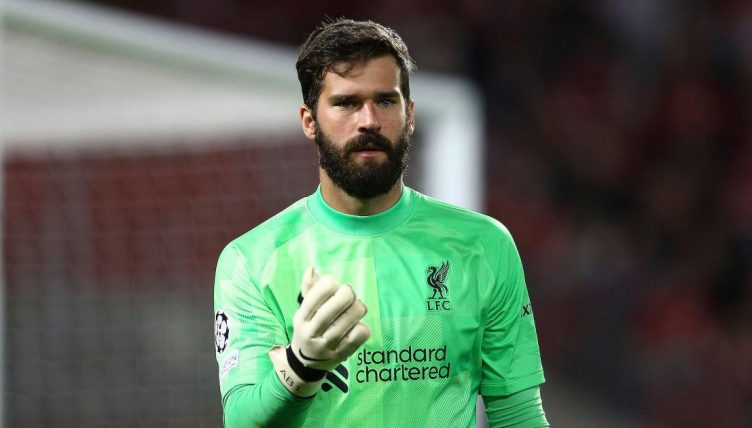 Liverpool were toying with Manchester United in Tuesday night’s Premier League derby between the sides at Anfield – and that extended to Liverpool goalkeeper pulling out a sly Cruyff turn to make United midfielder Bruno Fernandes look a bit silly.

The moment came in the first half, but with Liverpool already 2-0 to the good.

After receiving a pass from Fabinho, Alisson shaped to play the ball towards Joel Matip, positioned to the right of the penalty area.

United man Fernandes ran towards the Brazilian ‘keeper, looking to close down that passing lane.

Instead of playing the ball in that direction, however, Alisson turned to his left, sliding the ball behind his standing leg and stroking it coolly back to Fabinho as Fernandes charged straight past him as if he were running for the bus.

The bit of skill was very, very smart from Alisson and rubbed salt into the Manchester United wounds that had been opened by the goalscorers Luis Diaz and Mohamed Salah, who finished fantastically incisive moves on five and 22 minutes, respectively.

Before the game, Jurgen Klopp had said: “We have to be in the right mood to fight for the three points and not want to show we are in a better moment than United…

“They want the three points we need. We have to be angry in a good way, greedy, like you are if you have won nothing and would be with nil points and it’s the most important three points in your life.

“That’s the attitude we need for this game, otherwise the quality is too high. United are too good for not being in that mood.”

Liverpool seemed to have heeded Klopp’s warning and more. Not only were they devastating – angry and greedy, as Klopp put it – they were in the mood for taking the piss too.

When even you’re goalkeeper’s pulling off Cruyff turns, you’re in complete control.