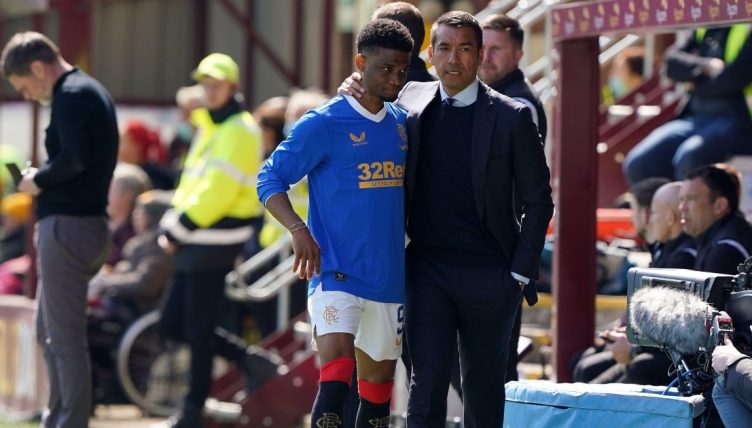 Amad, who joined United from Atalanta in a £19million deal in January 2021, is one of the most highly regarded youngsters in world football.

Despite scoring in a draw with AC Milan, he’s yet to establish himself in United’s first team and decided to spend the second half of the 2021-22 season on loan at Rangers.

The Ivory Coast international enjoyed a promising start at Rangers, getting off the mark just minutes into his debut against Ross County.

But he was then substituted at half-time in their 3-0 defeat to Celtic and has since made just one more start in the Scottish Premiership.

“I think he has talent,” Rangers boss Giovanni van Bronckhorst told Sky Sports in April. “He came in in the winter break, he had some good moments but also some moments that were not so good.”

The 19-year-old came off the bench at half-time against Dundee United and saw a goal ruled out for offside, but he had the ball in the net once again in the 78th minute.

Fashion Sakala drove forward and picked out Amad, who deftly clipped the ball over Benjamin Siegrist to double Rangers’ lead.

“Today we could give a lot of players the chance to make minutes. I think Amad is a player who benefits from that. He will get minutes in the last games,” Van Bronckhorst said after the game.

“You could see what he brings to the team. I’m really happy with his performance today and with his behaviour overall.

“What happens next season, we haven’t discussed his future. Once the decision has to be made about what the squad will look like next year, we will also make a decision about who we want to bring on board.”

Despite his difficult loan spell in Scotland, Amad will be hoping to impress Erik ten Hag during Manchester United’s pre-season tour.