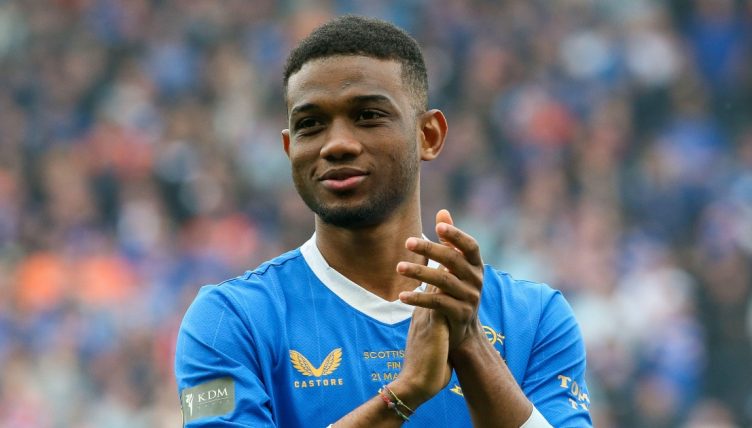 Manchester United loanee Amad Diallo won the first major trophy of his career after starting for Rangers in the Scottish Cup final.

Amad joined United in a £19million deal in January 2021 and has made nine first-team appearances for the club.

The winger looked set to join Eredivisie side Feyenoord on a season-long loan deal last summer, only for an injury to scupper the move.

After recovering from the injury, he then joined Rangers on loan in January and scored just minutes into his debut against Ross County.

But the Ivory Coast international fell out of favour after a poor performance in the 3-0 defeat to Celtic and has had to settle for a place on the bench.

He did improve at the end of the Scottish Premiership season, coming off the bench to score against Dundee United and Ross County.

“He’s been training well, he had a moment where he found it a bit difficult with the new team he was in, the adaptation to a new city, but I’m really happy with him.

“He’s a very, very good winger as we’ve seen the last few weeks but we also have a lot of players in that position available who have also done well.”

Despite his impressive cameo performances in the league, Amad was an unused substitute in Rangers’ Europa League final defeat to Eintracht Frankfurt.

He was then given a surprise start against Hearts in the Scottish Cup final and nearly set up the opener in the first half.

After Connor Goldson played a great pass over the Hearts defence, the winger brought it under control with a brilliant first touch but his cross into the box was intercepted.

The game finished 0-0 after 90 minutes before Ryan Jack and Scott Wright scored in extra time to give Rangers a 2-0 win.

Amad Diallo, what a bloody beautiful touch and making a brilliant run! Very close to getting an Assist! pic.twitter.com/3z6Qx7PDgF