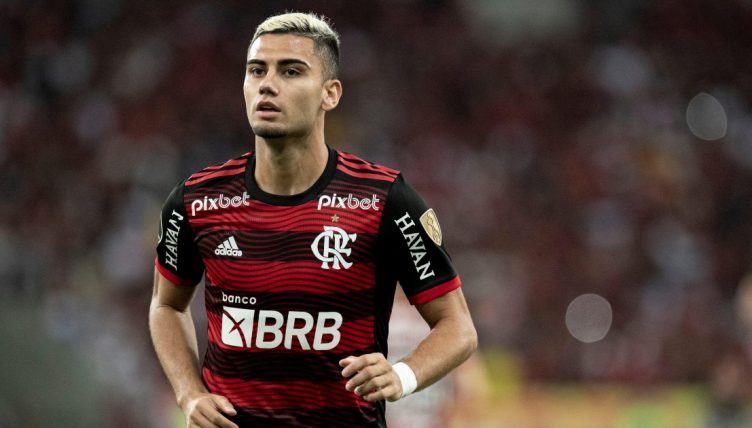 Pereira came through United’s academy and made 75 appearances for their first team before falling out of favour under Ole Gunnar Solskjaer.

After spending 2020-21 at Serie A side Lazio, he joined Flamengo on a season-long loan deal. The Brazilian side were also given the option to make the deal permanent for £12million.

But the midfielder lost his place in the team after making a high-profile mistake in their Copa Libertadores final defeat to Palmeiras.

According to ESPN, he has not done enough to convince Flamengo to make the move permanent but they may be prepared to sign him for a reduced fee.

Pereira was brought back into the starting Xl against Fluminense and equalised in the 34th minute by firing in from the edge of the box.

The 26-year-old then set up Gabriel Barbosa’s winner in the second half as Flamengo climbed into eighth place in Brazil’s top tier.

“I don’t pay much attention to these things, but everyone knows that I prioritised Flamengo,” Pereira told Globo Esporte in April when asked about his future.

“Everyone in the club knows this. It’s hard for me to talk about my own value, but a Manchester United player for €10million… Should I be cheaper? I’m doing my best, but I can’t say if it’s too expensive or cheap.

“I’m calm and focused. I know there’s this indecision. I also have to talk about it with the people close to me, and on the pitch I’m calm. I know it can be resolved in a month, at the end before I leave, but I’m calm and always thinking about the next game.

“I came to Flamengo to show my football and I will show a lot more. Of course, the disappointment of not having won the titles remains, for sure, but I always tried to show my value on the pitch and the fans recognised it.

“I always told my friends and Flamengo that I always prioritised them, and that Flamengo is very important to me.”

What a time to get your first goal of the Brasileirão season. 👍 pic.twitter.com/tNPPdTXfvg

WHO ELSE BUT GABI. 🔥