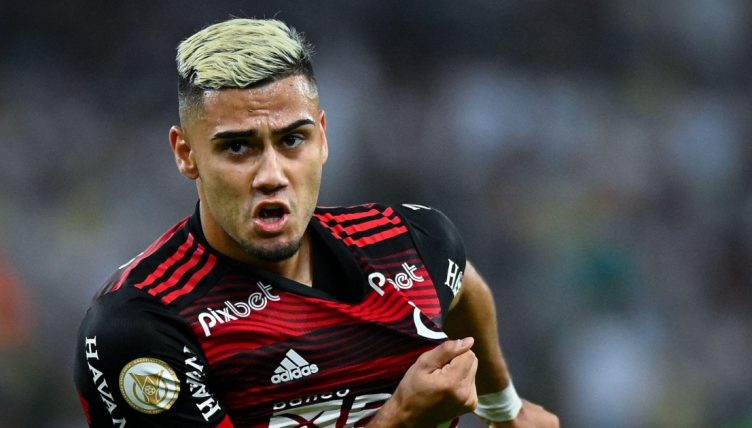 Pereira came through United’s academy and made 75 first-team appearances, but he fell down the pecking order following Bruno Fernandes’ arrival in January 2020.

The midfielder started only three Serie A games during his time at Lazio in 2020-21 and then joined Flamengo on a one-year loan.

But this loan spell hasn’t gone to plan either as he made a high-profile mistake in their Copa Libertadores final defeat to Palmeiras.

Pereira has still showcased some glimpses of his talent and recently registered a goal and assist against Fluminense in the Rio de Janeiro derby.

“Of all those that we have, I would like this continuity that I have already expressed,” Flamengo manager Paulo Sousa said after the game.

“We’ve already spoken to Bruno Spindel [Flamengo CEO], but it’s not just up to us, it’s up to the player, the club. In the game against Catolica, Andreas played an extraordinary game and now he was decisive.”

With Flamengo losing 2-0 against Internacional, the Brazil international scored his seventh goal for the club with a volley from the edge of the penalty area. But his strike proved to be a consolation as Internacional got their third goal in injury time.

Despite impressing Sousa with his performances, he has reportedly not done enough to convince Flamengo to make the move permanent.

According to ESPN, Fenerbahce have registered an interest in the 26-year-old, who has just one year left on his United contract. But Ten Hag has indicated to Pereira that he will be part of the first-team squad during the summer tour of Thailand and Australia.

He is set to be given opportunities in friendlies against Liverpool, Melbourne Victory, Crystal Palace, Aston Villa and Atletico Madrid ahead of 2022-23.

Andreas Pereira smashes his volley and Flamengo are back in the match! 🔥 pic.twitter.com/cNGilhd5sX