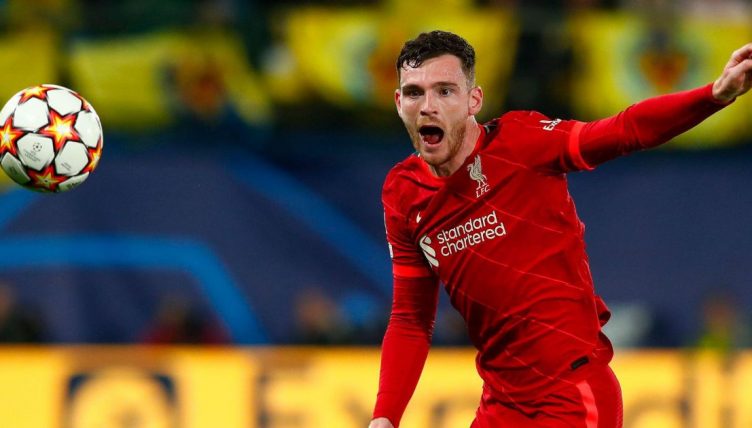 Liverpool had to do things the hard way in their Champions League semi-final against Villarreal on Tuesday night, coming back from 2-0 down to win 3-2 on the night. But it might have been even harder had Andy Robertson not made a brilliant block with his face.

Jurgen Klopp’s side were widely expected to come through their tie at Villarreal’s Estadio de la Ceramica with ease, having utterly dominated during their 2-0 win in the first leg at Anfield.

That, though, was anything but the case. The Yellow Submarine took the lead early on through Boulaye Dia and doubled that advantage before the break with a Francis Coquelin goal.

At half-time, Reds would have been worried that their Champions League final hopes were about to be torpedoed.

It could have been even worse too, had Scottish defender Andy Robertson not made a vital block when it was 1-0 to Villarreal.

A cross from the left-back Pervis Estupinan found Villarreal’s dangerman Gerard Moreno unmarked in the centre of the box. The Spain international rose and nodded it towards Alisson’s net.

It looked goal-bound, and may well have made it 2-0. But Robertson was in the right place at the right time to make a fine block with his face – not that he knew a great deal about it.

In the second period, after Klopp had withdrawn the ineffective Diogo Jota for Colombian wizard Luis Diaz, Liverpool re-found their rhythm and came roaring back.

First, they pulled one back on the night and went ahead on aggregate through a Fabinho effort that squirmed through Geronimo Rulli’s legs. They then made themselves comfortable in the tie courtesy of a Luis Diaz header before Sadio Mane gave them the victory over 90 minutes.

It was a wild game and one that few expected to provide such drama.