Watch: Ansu Fati scores for Barcelona after return from injury 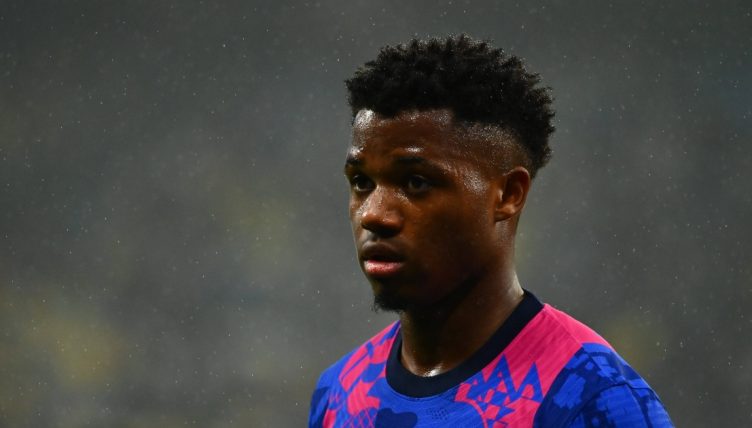 It’s common knowledge that Ansu Fati has a big career ahead of him at Barcelona – and his goal against Real Madrid after returning from injury illustrated why hopes surrounding him at the Camp Nou are so high.

Ansu had been out for two months after he sustained a hamstring injury and hadn’t played under new manager Xavi Hernandez before Wednesday’s encounter with Real Madrid.

The old rivals decamped to Riyadh, Saudi Arabia for the first El Clasico of 2022 – and the first competitive fixture between the arch-rivals to take place outside of Spain.

Both clubs are taking part in the Spanish Super Cup, with the victors of their semi-final facing either Atletico Madrid or Athletic Bilbao in the final next Sunday.

Barcelona were trailing 2-1 when Fati was introduced to proceedings and the 19-year-old quickly made his mark.

Fati left unmarked in the centre of the goal and had the easiest of tasks to turn home Jordi Alba’s cross and net his side’s second equaliser of the night.

Barcelona will be hoping that the return of Fati will spark an improved run of form and ensure their qualification for next season’s Champions League.

Leave Ansu Fati unmarked in the penalty area and you will be punished… 💫#ElClasico pic.twitter.com/8Xuo6nNxde