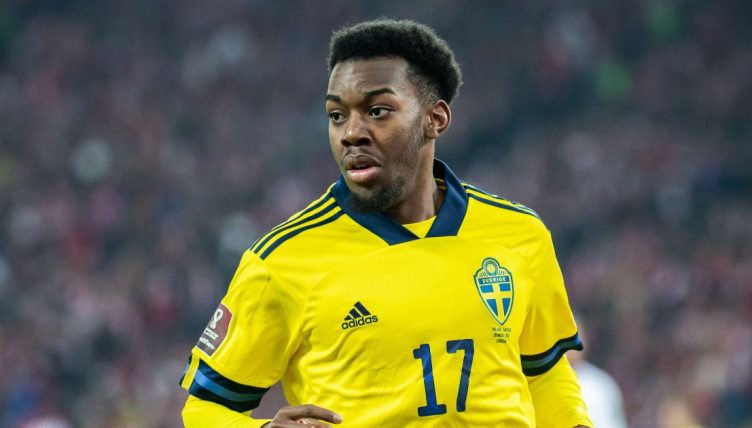 Anthony Elanga enjoyed a breakout season at Manchester United and on Sunday night he followed that up by producing his first international goal in Sweden’s Nations League game against Norway. It was some goal, too.

Elanga played 27 games in all competitions for United in 2021-22, making himself a key part of the first-team squad and scoring three goals along the way.

He was especially important under the management of Ralf Rangnick, the interim manager who replaced Ole Gunnar Solskjaer in November 2021.

The German was impressed by the 20-year-old Swede’s work rate and determination. In April, Rangnick told the club’s official site: “Well, since he is a clear head, since he is a top mentality player, I’m sure he can take and make the next steps, which are also important for him to take…

“He has always been a player who gave his very best, where I could always be assured what kind of level, physical level and mentality level, he will invest.”

As a result of his United performances he was called up to Janne Andersson’s Sweden squad for the first time in March 2022 and won his first two caps.

In May, he was called up again for the June Nations League games and came off the bench in the 66th minute for his third international appearance, which he marked with a first goal.

In the 92nd minute, he exchanged passes with Tottenham’s Dejan Kulusevski before nipping towards the edge of the penalty area and curling a delicious shot into the far corner of Orjan Nyland’s net.

It was not enough to get a result for Sweden – by then Erling Haaland’s brace had already decided the destination of the three points – but it was a brilliant way for Elanga to open his international account and could well earn him a start in Sweden’s upcoming game against Serbia.