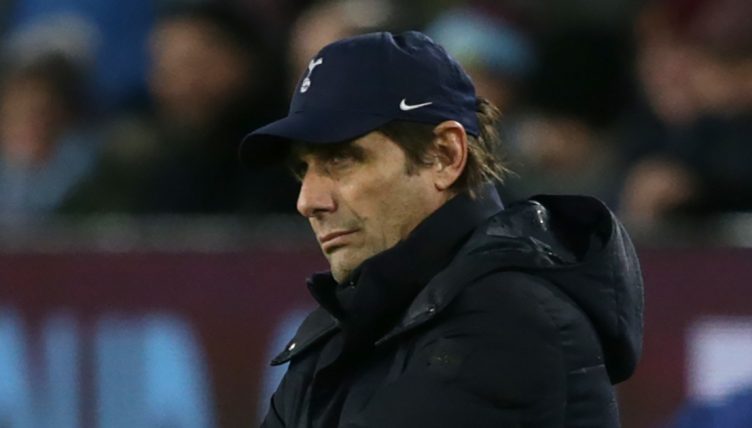 Antonio Conte appeared to question his Tottenham future after suffering their fourth Premier League defeat in five matches at Burnley on Wednesday evening.

Conte’s side were beaten 1-0 at Turf Moor, meaning they remain seven points off the top four – albeit with two games in hand on fourth-placed Manchester United.

“It was a difficult night,” Conte told Sky Sports. “It’s not only tonight, in the last five games we lost four games.

“It means there will be [an] assessment about the club, about me, because I think for me it is very frustrating to lose four out of five.

“But when you lose four out of five it means the club have to make an assessment, also to speak together, and to understand which is the best solution.

“I am not used to this type of situation,” he added. “The situation is not changing. Someone has to speak about the race for the top, but the reality is in the last five games we are fighting for the relegation zone.

“This is the truth…I don’t want to close my eyes. I have to take responsibility and I’m open to every decision because I want to help Tottenham.”

Antonio Conte says the Club will now have to make an assessment about his future after a defeat to Burnley tonight. pic.twitter.com/z2QLaiEKZX