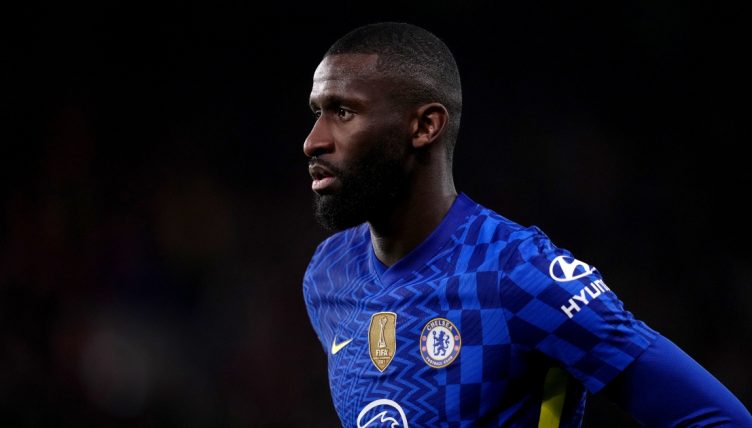 Antonio Rudiger did a comical in-game run as Chelsea snatched a late victory over Newcastle United at Stamford Bridge.

Chelsea struggled to break down Newcastle in what some called the ‘Despot Derby’ but Kai Havertz scored a sensational late winner to secure the three points for the Blues.

It wasn’t a particularly memorable match but it was enlivened by Rudiger’s moment of improvised comedy.

Just past the hour mark, with the match goalless, the Germany international provided a comical moment that was met with cheers from the home support.

Newcastle played a harmless long ball in behind the Blues’ defence which Rudiger chased down ahead of Miguel Almiron. Before he passed back to Edouard Mendy to clear, the 29-year-old livened up proceedings with his showman-like act.

Rudiger has been one of the standout defenders in the Premier League this season, but it appears he’s now even got time to entertain whilst marshalling Thomas Tuchel’s side’s backline.

Chelsea will be hoping they can keep hold of their star centre-back next season – although it looks increasingly likely he’ll be playing his football elsewhere after his contract expires in June.

“You know how I was full of praise for him [Rudiger] – well deserved,” Tuchel said in a recent interview with the club’s website.

“You know how important he is, I said many times. This is the importance he has; he deserves at the moment. The talks and negotiations are ongoing [over a new contract].”

Those negotiations will now be on hold given the club’s well-publicised ownership situation but his place as a Stamford Bridge cult hero has long been ensured – and moments like these are the reason why.