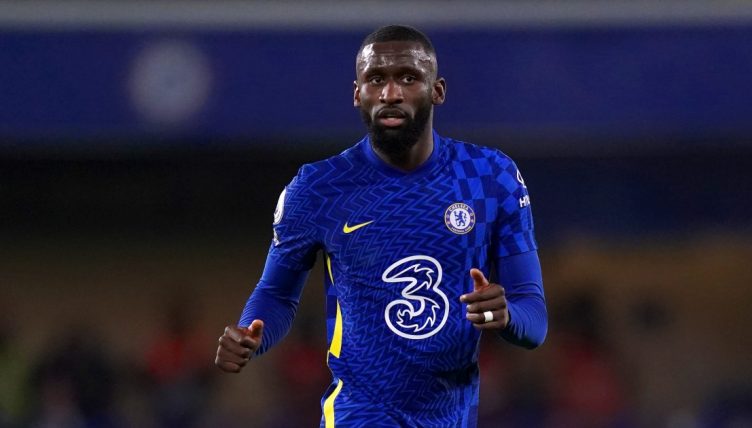 Chelsea defender Antonio Rudiger has established himself as one of elite football’s biggest shithouses – and one moment during the draw with Liverpool underlined why.

Whether it’s bodychecking Kevin de Bruyne into the Atlantic Ocean during last season’s Champions League final, mistaking the shoulder of Paul Pogba for a BBQ chicken wing during the Euros or his hilarious self-appointed peacemaker act against Leeds last month, Rudiger regularly drives his opponents to distraction.

And the Germany international wouldn’t let participation in high-class game against another title rival get in the way of furthering his credentials some more.

Marcos Alonso was getting ready to send in an inswinging corner when Rudiger trotted over to Liverpool goalkeeper Caoimhin Kelleher.

And footage has emerged of the Chelsea defender very quickly grab hold of Kelleher’s gloves and unzip the velcro.

Kelleher and Virgil van Dijk complained to the referee, who dismissed the protests of the Liverpool men.

“He’s a fantastic goalkeeper, he’s learning from the best, in my opinion, with Alisson.

“His presence is good, he’s confident on the ball and he’s making good saves as well so that’s good.”