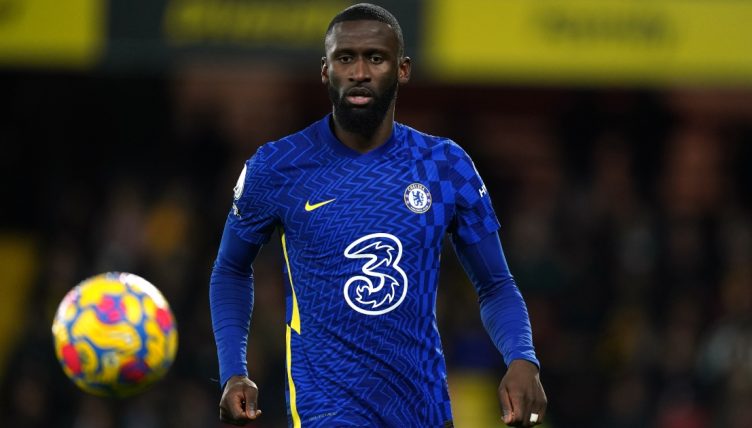 Antonio Rudiger was lucky to escape being sent off during Chelsea’s match against Brighton after launching into a wild tackle on Tariq Lamptey as half-time loomed at Stamford Bridge.

Rudiger has been in excellent for Chelsea this season, with the club’s supporters having come to appreciate the controlled chaos Rudiger brings to Thomas Tuchel’s backline.

But the Germany international showed ex-Chelsea player Lamptey no mercy during Wednesday’s Premier League match and wiped out the Brighton full-back.

Lamptey was dribbling with the ball down the touchline, ghosting past Marcos Alonso, when Rudiger came charging over and flew into his opponent.

In mitigation, the defender did get the ball. Unfortunately, his two-footed challenge also sent Lamptey sprawling into a different postcode at the same time.

Referee Mike Dean, who incredibly has not shown a red card in the Premier League this season, elected not to dismiss the Chelsea centre-back and instead issued him a yellow card.

Rudiger is out of contract at the end of the 2021-22 season and is expected to leave Stamford Bridge next summer. A host of destinations, including Manchester United, have been mooted but the 28-year-old is likely to join Real Madrid.