Watch: Antony arrives at Carrington ahead of Manchester United medical 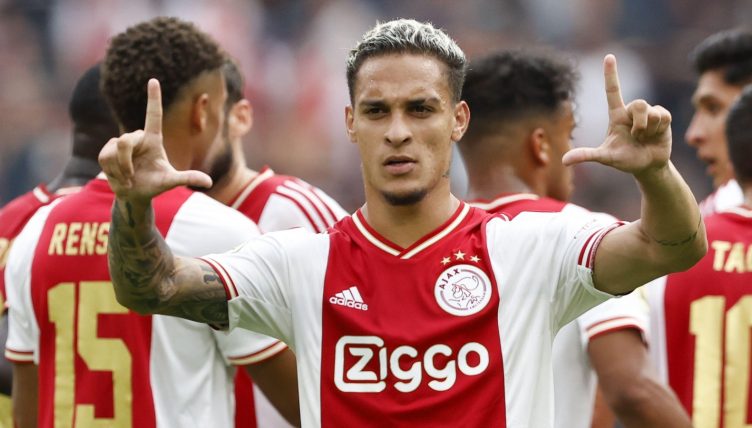 Antony has arrived at the Carrington training ground as he prepares to complete his £85million move to Manchester United.

United manager Erik ten Hag worked with Antony at Ajax and helped him develop into one of the best players in the Eredivisie.

The Brazil international registered 24 goals and 22 assists in 82 appearances for Ajax, helping them win two league titles and a KNVB Cup.

After Ten Hag signed Lisandro Martinez from Ajax, he then looked to reunite with Antony but United had a £76.3million bid rejected by the Dutch side.

The winger went on strike in a bid to force a move to United and even expressed his desire to leave Ajax in an interview with transfer guru Fabrizio Romano.

“I’m not asking [Ajax] to release me, I’m asking Ajax to sell me as the highest bid ever received for an Eredivisie player in history,” he said.

“I’ve been insisting on this theme since February so that the club could rebuild the team with peace of mind and [the] right timing.

“I was very happy in Amsterdam. I won titles, made friends and built part of my career. But now I want to reinforce that I am ready and full of motivation to follow my story and my dreams.

“People need to listen to me and understand that my motivation moves me towards happiness. I need to continue performing at the highest level. Ajax will always be in my heart.”

According to reports in the Netherlands, Ajax CEO and former United goalkeeper Edwin van der Sar then stepped in to try and find a resolution.

United ultimately agreed to give the Eredivisie side a guaranteed fee of £80.75million and could potentially pay a further £4.25million in add-ons.

Antony has already agreed personal terms on a five-year contract and flew in to Manchester on Monday to have a medical. The winger has since been filmed walking through the main doors at United’s training complex.

United travel to Leicester City in their next Premier League fixture but Antony would need to receive a work permit before making an appearance. If the winger isn’t registered in time to face Leicester, he’ll potentially make his United debut against Arsenal at Old Trafford.

READ MORE: Antony next: The 11 players Man Utd have signed from the Eredivisie