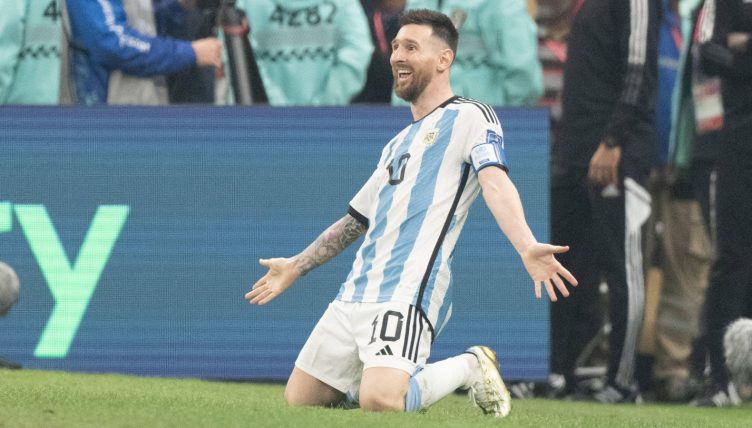 If you thought Argentina’s World Cup final victory over France wasn’t emotional enough, just wait until you hear Andres Cantor call the moment of victory on Telemundo. We hope you have tissues nearby to wipe your tears away.

Argentina clinched a victory over defending champions France after 90 minutes plus stoppage time, two 15-minute halves of extra time and a penalty kick shootout for the ages. After it was all set and done, La Albiceleste won after a 3-3 draw and 4-2 victory on penalty kicks.

Argentinian fans went crazy in the streets of Buenos Aries, Rosario and beyond and even world-renowned commentator Andres Cantor, known for his beloved “Goool!” call, had a heartfelt reaction to his home country’s elusive win.

Cantor was born in Buenos Aires and has been covering the World Cup since 1990. He has had to commentate on many moments of anguish for his beloved Argentina so this triumph was inevitably a very emotional moment.

As his voice cracks and he embraces his fellow commentary partner, you can’t help but feel a tear come to your eye. Absolutely glorious.

His reaction was mirrored by millions of Argentinians. His son, Nico, wrote on Twitter that he’d cried three times during the events of Sunday; at the final whistle, when Messi touched the trophy and when he saw his dad.

Another fan tweeted: “All that is good about sports and life,” while someone else wrote: “I’m not crying, you’re crying.”

It’s a clip that gave us goosebumps and we guarantee you won’t be able to keep your eyes dry while watching it.