Watch: Arsenal’s Ramsdale produces Save of the Season contender 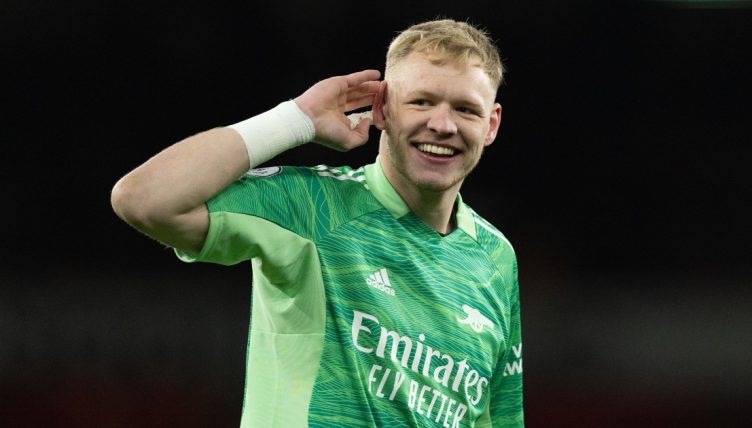 Aaron Ramsdale is up to his old tricks once more against Leicester City.

In the reverse Premier League fixture between the two sides in October, he stopped James Maddison’s free-kick with a save of the season contender – and his acrobatic reflexes were once again on display at the Emirates to deny Harvey Barnes’ header.

Arsenal are in pole position to secure a top-four finish and continued their recent impressive form to take an early first-half lead over Brendan Rodgers’ side courtesy of Thomas Partey’s goal.

Alexandre Lacazette doubled the Gunners’ advantage from the penalty spot on the hour mark to send the north London side on their way to a likely fifth successive league triumph.

But Mikel Arteta’s men had Ramsdale to thank for his timely intervention before the interval. Marc Albrighton delivered a cross to Barnes who directed a header towards the top corner. The England international amazingly clawed the goal-bound effort to safety.

“We invest money in talent and people we believe can be great for the future of the club. We made that decision based on that and Aaron [Ramsdale] has had some really encouraging performances,” Arteta told Arsenal’s website earlier this season.

Ramsdale has now dislodged Bernd Leno to become the club’s established no.1 goalkeeper, and he’s also staking a claim to become Gareth Southgate’s new starting goalkeeper with England – although Jordan Pickford has consistently performed well for the national team.

In a potentially pivotal match in deciding who will secure the final Champions League spot in the table come the end of the campaign, the 23-year-old has again stepped up to the plate.

Ramsdale is racking up a large collection of world-class saves this term, but the save to deny Barnes will go down as one of his best.

He seems to enjoy putting on a show when up against the Foxes.