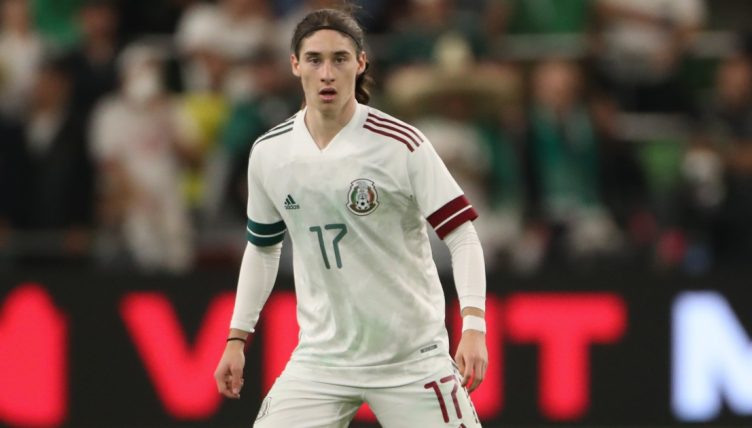 Arsenal youngster Marcelo Flores scored a brilliant goal while on international duty with the Mexico Under-20s – and is targeting a place in El Tri’s World Cup squad this November.

A number of gems are emerging from the Hale End Academy at Arsenal, following the emergence of Bukayo Saka and Emile Smith Rowe – and Flores, already a senior international for Mexico, could be the next debutant under Mikel Arteta

Impressively, the 18-year-old has scored ten goals in 20 appearances this season, while also providing three assists.

Flores has been in exceptional form for the Under-18 side this season, and has even made the step up into the Under-23 XI this year. An appearance in the early rounds of the Carabao Cup seems likely at some point.

And the midfielder underlined his potential with a wonderful goal for the Mexico U20s in their friendly match against Uruguay.

Gathering the ball on the left wing, Flores outwitted his opponents and nailed his shot into the bottom corner of the goal. It was a wonderful effort and a strike that should make Arsenal fans feel very proud of their prospect.

“I would like to make my Premier League debut before I turn 19,” Flores said in an interview with Goal. “That’s my goal.”

“And I’d like to get my proper international debut for Mexico and hopefully be involved in the Qatar World Cup.

“I idolise players like [Lionel] Messi, [Cristiano] Ronaldo and Neymar, who have all done the same thing.

“Looking up to players like them, you want to match what they did because like any player, my ultimate dream is to win things like the Champions League and the Ballon d’Or.”

These are lofty targets but, if this special effort is anything to go by, then Flores will be a hell of a first-team player very soon.