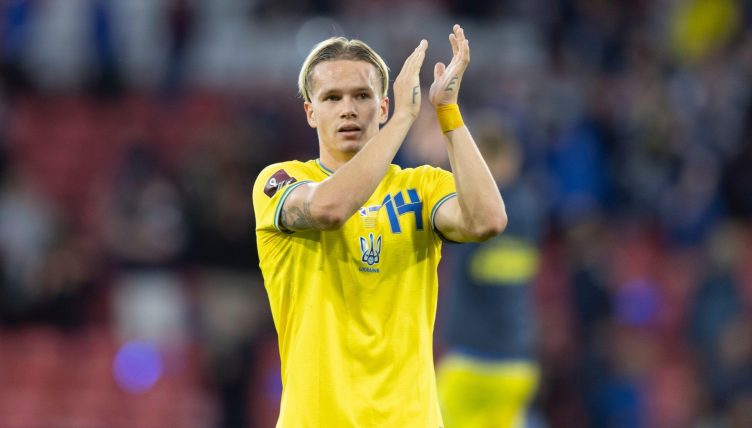 Arsenal’s chance of signing Ukrainian wonderkid Mykhailo Mudryk may have just hit a major snag – with transfer insider Fabrizio Romano exclusively revealing that Chelsea may be preparing a mammoth bid to hijack a potential deal.

Mudryk himself appears to have made it pretty clear that he hopes to join Mikel Arteta’s Gunners this month, with a series of thinly-veiled Instagram posts.

The 22-year-old winger has established a reputation as one of the most promising youngsters in European football, having produced a series of eye-catching individual displays in the Champions League group stage earlier this season.

It’s long been confirmed that Arsenal have had discussions with Shakhtar Donetsk for the highly-rated youngster.

“Talks for Mudryk are on,” confirmed Shakhtar CEO Serhii Palkin earlier this month.

“Now, literally in five minutes, I will have a new phone call conversation with Arsenal for the Mykhailo Mudryk deal.”

According to reports, Shakhtar have knocked back two of Arsenal’s bids for Mudryk, but talks remain ongoing. The two clubs are said to have remained in dialogue over the past week with suggestions that Arsenal have tabled a third bid closer to the Ukrainian club’s valuation of their prize asset.

Shakhtar have spoken on the record that they consider Antony’s £86million move from Ajax to Manchester United as a precedent. It’s believed that they’re holding out for a €100million fee.

Chelsea have reportedly been interested in hijacking the deal, but things appeared to have gone quiet on that front after they secured the loan services of Joao Felix from Atletico Madrid – another player Arsenal were reportedly interested in earlier this window.

But Todd Boehly’s Blues are said to be preparing a colossal bid as they look to beat Arsenal to Mudryk’s signature.

“So Arsenal are really getting closer to €100million, but with add-ons.”

Around the same time as he posted his latest YouTube update, Romano tweeted the following:

“EXCLUSIVE: Chelsea board now in Poland trying to reach verbal agreement with Shakhtar for Mudryk and hijack the deal! Official bid ready close to €100m. Arsenal always been leading the race, in talks with Shakhtar after 3d official bid. Mudryk position, now crucial.

🚨 EXCLUSIVE: Chelsea board now in Poland trying to reach verbal agreement with Shakhtar for Mudryk and hijack the deal! Official bid ready close to €100m. 🔵 #CFC

Arsenal always been leading the race, in talks with Shakhtar after 3d official bid.

READ NEXT: Mudryk next? An amazing XI of players sold by Shakhtar in recent years