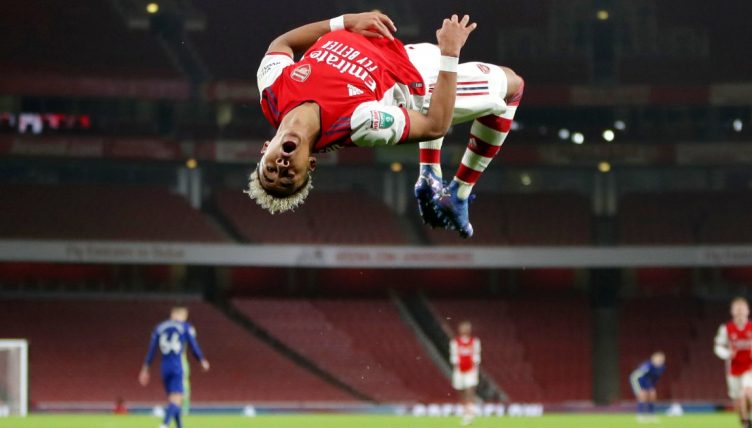 Arsenal’s Under-21 team triumphed 4-1 over Chelsea’s youngsters in the Papa John’s Trophy on Tuesday night and the pick of the goals came from 18-year-old attacker Omari Hutchinson.

The Premier League’s biggest sides have been allowed to include their academy teams in the Football League Trophy alongside clubs from League One and League Two since 2016 – and this year it has proved a real positive for Arsenal’s young guns.

In the group stage, they won one, drew one and lost one to advance in second place behind Swindon and ahead of Newport County and Plymouth Argyle.

In the second round, they beat Ipswich’s senior side on penalties. And in the third round on Tuesday, they faced the Under-21s from the Chelsea academy, which has produced some fine players in recent years.

In an eventful first half, James Olayinka opened the scoring, before Chelsea’s Xavier Mbuyamba was sent off after 35 mintues. Still Chelsea pulled one back before Arsenal’s Mika Biereth restored the lead.

In the second period, Arsenal made the extra man count, and goals from Hutchinson – who added to his four goals and five assists in 12 Premier League 2 games this season – and Marcelo Flores completed the rout.

Receiving the ball on the right, he jinked inside his man. He then made a beeline for the area and just before he arrived unleashed a delicious dipping effort that was well beyond the despairing dive of the goalkeeper and just inside the far corner.

Hutchinson had the celebration to match, too, backflipping towards the flag in the corner of the Emirates Stadium pitch.