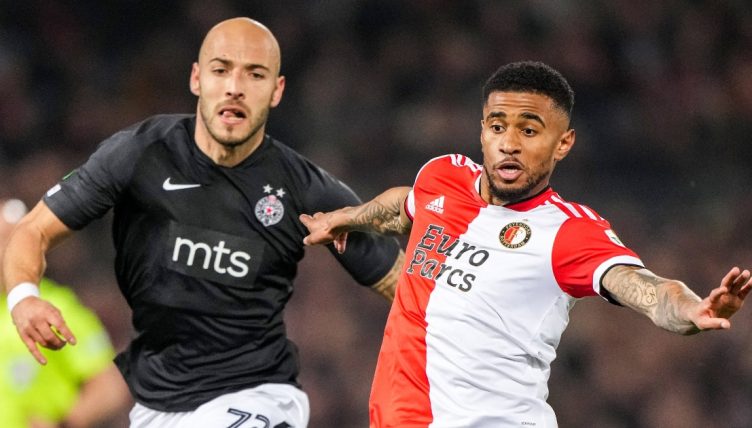 Nelson netted the second for the Rotterdam-based side in a 3-1 second-leg win to help the club progress to the quarter-final stage of the competition.

He made a perfectly timed run into the box before latching onto a neat cut-back and coolly finding the bottom corner on the hour mark.

The 22-year-old is starting to find his feet abroad, adding to the assist he registered in Serbia earlier this month – he’s featured in every Feyenoord match in March.

The English winger is no stranger to temporary spells away from the Gunners after spending a campaign in Germany with Hoffenheim two seasons ago. But on his return to north London, he’ll be hoping to finally become a valued member of Mikel Arteta’s squad next term.

Much of Arsenal’s success this term, which has them in pole position to secure a Champions League spot, has largely been built around talented academy products – Bukayo Saka and Emile Smith-Rowe.

It shows that If you’re good enough, you’ll get your chance.

“It’s very difficult at the moment with the players we have to be able to fit him [Nelson] in,” Arteta said on the reasoning for the youngster’s departure in the summer transfer window.

“I feel sorry that we don’t have other competitions to use him in, because he deserves more. He doesn’t play more and that’s my fault.”

Next season Arteta may have to juggle the demands of extra competition. Nelson is doing his prospects of being in the Spaniard’s plans no harm at the moment.