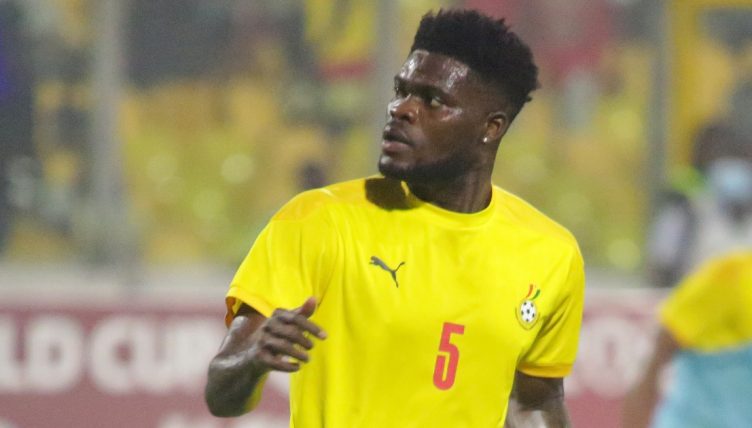 Partey has been no stranger to speculative efforts from outside the area, and has long been threatening to score a banger for Mikel Arteta’s Gunners.

When it came to the 10th minute of the second leg of Ghana’s World Cup qualifier away to their eternal rivals Nigeria – with the tie delicately poised after a goalless draw at home last week – Partey only had one thing in mind when he found himself in space outside the penalty area.

Receiving the ball out on the left, he took one touch to collect it under his control before unleashing a low-drilled effort.

It wasn’t the best strike, but Nigeria goalkeeper Francis Uzoho – possibly unsighted? – will have expected to have done better than to allow it to squirm under his body and into the back of the net.

You can imagine his club manager will have been pleased to see one of his efforts go in – Arteta has been praising the Ghanain’s performances of late.

“He almost scored shooting, he had a great shot onto the crossbar, he was involved in both goals – the header he scored and the penalty as well – and the reaction when he had the shot,” Arteta said after his key role in Arsenal’s victory over Leicester earlier this month.

“You could see he was voted player of the month last month and he’s come a long way, he has the consistency and the minutes, he understands what we want much better.

“I think his cohesion and understanding with the rest of the players is getting better and better and now it is about consistency and to keep doing it.”

The goal put the Black Stars ahead – with a crucial away goal – but Nigeria found themselves back on level terms a short while later through a William Troost Ekong penalty.

At the time of writing, Partey’s goal would be enough to see Ghana qualify for Qatar 2022 on away goals. Nigeria need to win on the night to make it through at the Black Stars’ expense.