Watch: All the goals in Barcelona’s 3-2 win against the A-League All Stars 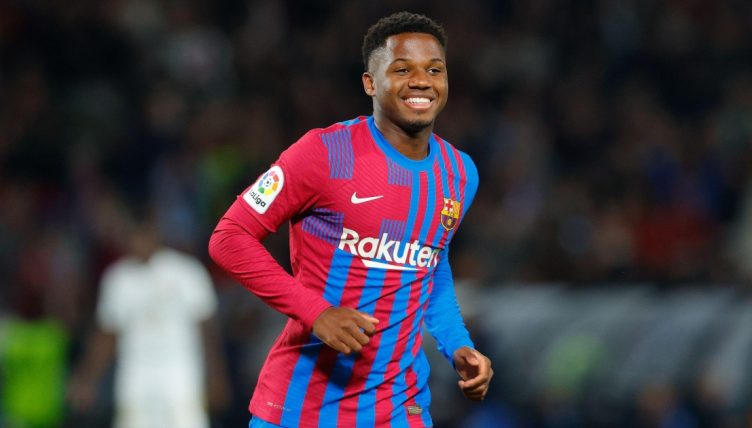 Barcelona brought their 2021-22 season to an end with a 3-2 friendly victory against the A-League All Stars in Sydney.

The Spanish giants had a mixed season and went trophyless after being knocked out of the Champions League, the Europa League and the Copa del Rey.

But the decision to replace Ronald Koeman with Xavi Hernandez helped turn things around and Barcelona ultimately finished third in La Liga.

They lost 2-0 at home to Villarreal on the final day of the La Liga season and went straight to the airport after the final whistle.

Barcelona, who were making their first ever trip to Australia, took on an All Stars team that was made up of selected payers from the A-League.

The A-League All Stars were managed by former Manchester United striker Dwight Yorke, who has been in charge of Sydney-based Macarthur FC since July 2021.

Dembele, who has just a few weeks left on his Barcelona contract, broke the deadlock in the 34th minute after being set up by Gavi.

But Reno Piscopo equalised at the start of the second half and Western Sydney’s Adama Traore then finished from close range to give Yorke’s side an unlikely 2-1 lead.

Barcelona’s own Adama Traore drew them level with 20 minutes left and Ansu Fati scored the winner moments after coming off the bench.

“They played a really good game,” Xavi said after the game. “It was a good test for us to finish the season and now to prepare for the next one.

“I think, tactically, they [the All Stars] were very good. They created chances in transition and we suffered a lot. It was a big surprise for us because I don’t follow the A-League a lot.”

The majority of Barcelona’s players will be due back at the club at the start of July ahead of the 2022-23 pre-season tour.