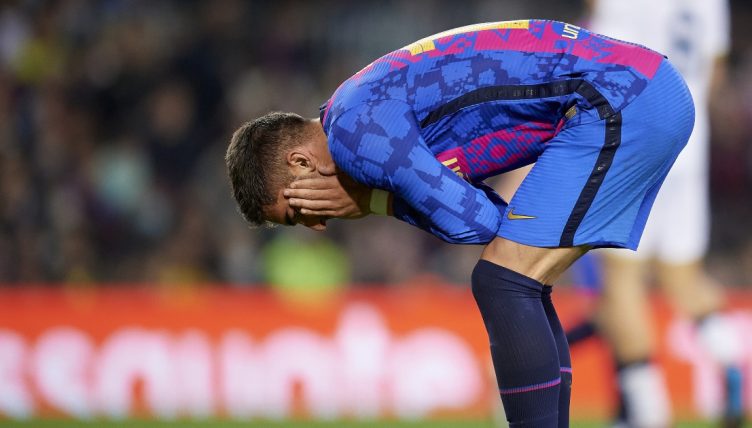 Ferran Torres was left in tears after Barcelona’s 1-1 with Napoli in the Europa League.

Barcelona were playing their first match in Europe’s secondary competition since 2004 after suffering a humiliating group-stage exit from the Champions League in the autumn.

All three started against Napoli in the Camp Nou but Piotr Zielinski scored the opener in the 29th minute for the visitors.

Torres levelled matters from the penalty spot close to the hour mark after a VAR check, rather harshly, deemed defender Juan Jesus to have handled Traore’s cross.

But the 21-year-old endured a disastrous night, missing two chances when it seemed easier to score.

And, after the game had concluded, the Spain international had to be consoled by members of the Barcelona playing staff after breaking down in tears.

Xavi was quick to defend Torres and compared his situation to Luis Suarez’s early struggles at the Camp Nou.

“It happened to Luis Suarez, who seemed to have no goals,” Xavi said post-match, as per Goal.

“The Barca shirt weighs a few kilos more. But I am delighted to have him in the team and he will give me a lot of joy.

“If he is in the penalty area it is because he will score. He has scored goals all his life and he will have them.

“In training he is one of those who scores the most. He has our absolute trust. The coaching staff and I will take care of this. He is very strong, self-demanding.”

Barcelona fans will be hoping Torres bounces back quickly before next Thursday’s return match in Naples.

The forward had a golden chance to win the game late on… pic.twitter.com/kQrBZLl8rk