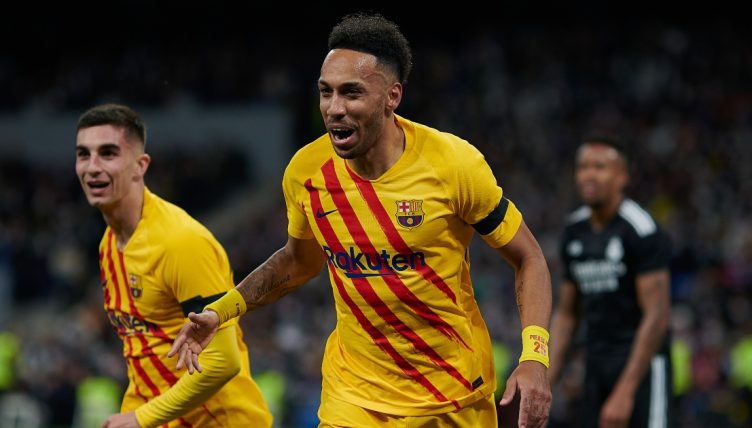 The high-flying Gabon international netted a brace in a 4-0 win but this piece of genius to enable the former Manchester City forward to score Barca’s third after the interval was a standout moment.

Frankie de Jong slipped Aubameyang away one-on-one with Nacho. Instead of working a shooting angle, the 32-year-old found Torres racing in who proceeded to fire the ball home into the top corner.

Whilst Mikel Arteta’s decision to axe the striker in January hasn’t come back to haunt the Gunners – Arsenal are in pole position to finish fourth in the Premier League – he’s hit the ground running at the Catalans.

Aubameyang’s latest impressive display was another to add to a collection which is growing by the week under his new manager Xavi Hernandez. He now has seven league goals in as many games for Barca with this being his first assist in the Spanish top-tier.

“We have worked hard for these results but we didn’t expect to be so superior in their [Real Madrid’s] stadium,” Xavi said in his post-match press conference last night.

“We have to keep working. It’s not a trophy. We have to be humble.”

Xavi is playing it down. However, having a gem like Aubameyang in his ranks means anything is possible at the Nou Camp between now and the end of the season.

An unbelievable performance from Xavi's side at the Bernabeu 👏 pic.twitter.com/zTCaV6I4TF