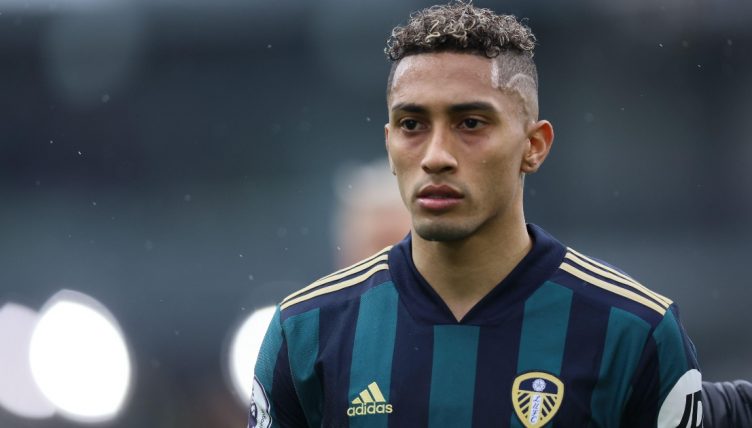 Leeds United and Brazil winger Raphinha has been one of this summer’s transfer window’s most in-demand players but Barcelona would appear to have won the race for his signature – as Fabrizio Romano has confirmed.

Raphinha’s excellent performances for Leeds over the past two seasons have helped him become an established member of the Brazil national squad but have also attracted the attention of the continent’s richest clubs.

Indeed, Arsenal, Chelsea and Barcelona all sought to bring Raphinha on board this summer.

Chelsea had a bid worth an initial £55million accepted, though Raphinha only had eyes for Barcelona. He did not agree on personal terms with the Blues and, while Chelsea’s deal remained in limbo, Barcelona finally clicked into gear to secure their man.

Barcelona have agreed a deal worth an initial £58million, potentially rising pending various add-ons. Raphinha will become the 21st player Barcelona have signed from the Premier League since 2000.

The initial outlay is more than Leeds would have received from Chelsea and it’s now believed that Raphinha will fly to Spain today to complete his medical and sign the relevant paperwork.

Speaking on his YouTube channel, Romano said: “On [Tuesday] morning, Barcelona submitted an official proposal for Raphinha after the verbal agreement on Sunday night.

“The official proposal is worth €58million with add-ons making the total package around €67million. Everything is in place between Barcelona and Leeds.”

Romano did strike a word of caution, revealing that: “Barcelona have to give Leeds and the player a guarantee that he can be registered. This is the final step before everything can be signed.”

It’s been well-documented that Raphinha heavily favoured joining Barcelona above all else, meaning proposed moves to Arsenal or Chelsea never really stood a chance of happening.

But Romano suggested a second reason, claiming Raphinha agreed personal terms with Barcelona in February which made all the difference.