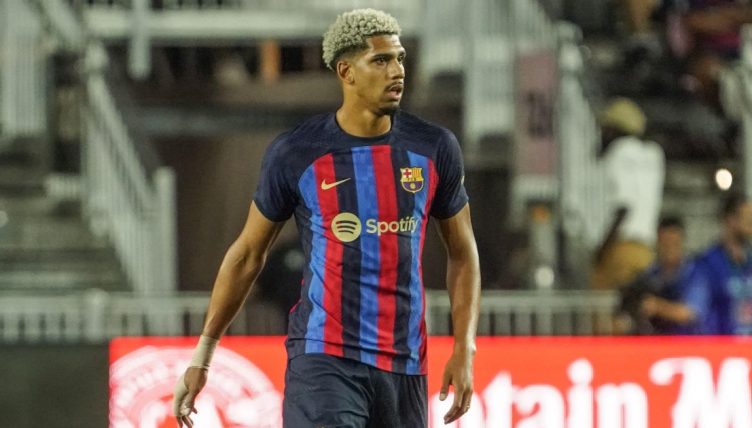 Barcelona’s summer signing Raphinha settled the Clasico with a superb strike in the opening stages, which proved to be the only goal of the game as Xavi Hernandez’s men won out 1-0 against the reigning European champions.

Another one of the most eye-catching moments of the contest came as Rudiger got outpaced in a compelling one-vs-one battle with Araujo out on the wing just after the half-hour mark.

After all that physical exertion, Araujo did overhit his cross to send it sailing behind Ansu Fati, but had he found the youngster, it could’ve been an all-time great assist.

“We came here to win and we did it. We suffered towards the end of the game but I am still satisfied with today’s match,” Xavi said after the win.

“We were the better team. At Barcelona, there are no friendly matches. We always want to win, especially against Real Madrid.”

Uruguay international Araujo, 23, proved to be one of Barcelona’s most promising players under Xavi last season, and his form was rewarded with a bumper new contract that runs until 2026.

A €1billion release clause is a statement of how much Barcelona value the defender, who can slot in at centre-back or right-back. On the evidence of this clip, maybe he should become a full-time full-back.