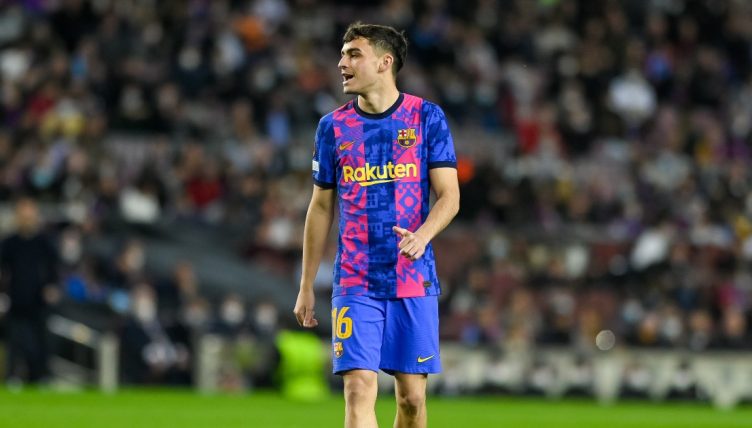 It was a brilliant goal from the 19-year-old La Masia product. The ball came to him after a breakdown in play and with his first touch from about 30-yards out, Pedri let fly.

He struck his shot beautifully, curling it away from the Valencia goalkeeper and into the top corner.

As the ball left his foot it made a huge bang which was followed by a satisfying rippling sound as it nestled into the Valencia net.

It was the midfielder’s third goal of the 2021-22 campaign and the second consecutive game in which he had scored.

He had to contend with injury earlier in the season but now looks like a fixture of Barcelona’s starting XI.

“There is no bigger talent in the world than Pedri. He’s superb,” Xavi has said about Pedri.

“The way he turns, his timing… it’s simply fantastic. He’s great. Perhaps he’s the best player in his position at 19 years old, I’m sure.”

His goal capped an incredible performance from Xavi’s Barcelona who are now nine La Liga games unbeaten since their 1-0 loss to Real Betis on 4 December 2021.

Barca sit fourth in the table, off of Real Betis in third and equal on points with Atletico Madrid in fifth, but they have a game in hand.

Xavi was full of praise for his team following the crucial win.

“I am very satisfied and happy,” he said after the match.

“We have not been as brilliant or excellent as in a few minutes against Napoli, but we have been effective.

“We have also known how to suffer. We have suffered in the second half, we have lacked pause and calm.”

Pedri with an absolute ROCKET! 🚀

It might have taken the slightest of deflections off Aubameyang, but not sure he'll be able to claim that for his hat-trick 😂 pic.twitter.com/cI99VPDyPc