Watch: ‘That’s what we f*ckin’ do’ – Ben White reacts to Arsenal display 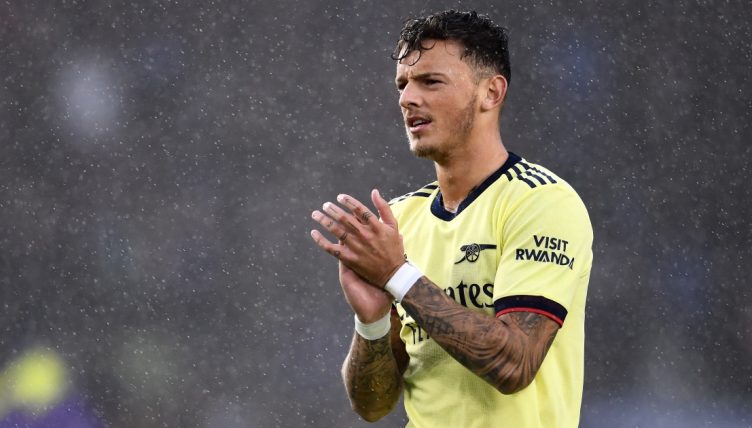 Arsenal overcame an early red card for Grant Xhaka to secure a 0-0 draw against Liverpool in their EFL Cup semi-final – and their resilience was best illustrated by the reaction of defender Ben White.

Mikel Arteta’s side travelled to Anfield hoping to atone for their FA Cup exit at Nottingham Forest last weekend but found themselves up against it after Xhaka’s dismissal.

The Switzerland international was sent off after kicking Diogo Jota in the chest while trying to intercept a long pass, leaving Arsenal fearing the worst at a venue where they’ve been regularly thrashed in the past.

But the Gunners dug in and secured a goalless draw which sets up next week’s second leg nicely. Impressively, they denied Liverpool a shot on target throughout the 90 minutes.

Afterwards, White went around his team-mates offering his congratulations. It doesn’t take an expert lip-reader to see him saying “that’s what we fuckin’ do”.

The England international praised his side after the game. Speaking to reporters, he said: “I think we can take a lot from this. To go to 10 men here is nearly impossible to get a result and we’ve done that tonight and it gives ourselves a good chance.

“It was tough, you’ve got to concentrate the whole game, you’ve got runners coming from midfield, the overloads that they’ve had and the runs that they make it’s really tough to track.

“We’ve come here with a gameplan and something has happened straight away so we’ve had to adapt and we did really well.”