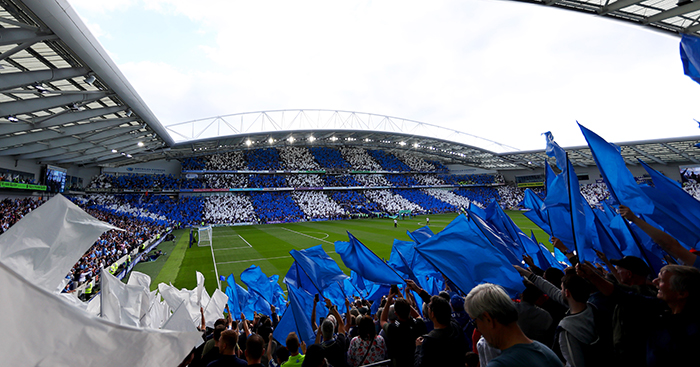 Brighton and Hove Albion host Crystal Palace in the Premier League on Tuesday night – and supporters from the two clubs have been speaking about their unlikely rivalry.

Neutrals may struggle to understand why Brighton and Palace see each other as their biggest rivals considering there is almost 50 miles and around a 90-minute journey between the two, but this is a conflict built on events much more than it is geography.

True to form, their last meeting came in a Championship play-off semi-final in 2013 when Palace won out on their way to promotion to the Premier League.

It was the most recent of several crucial clashes between the two sides over the years, but they have actually faced off only 11 times in 28 years and have not met in the top flight since 1981.

However, there has never been any danger of a rivalry that began in the 70s dying out, as these supporters explained in a brilliant Ball Street documentary.