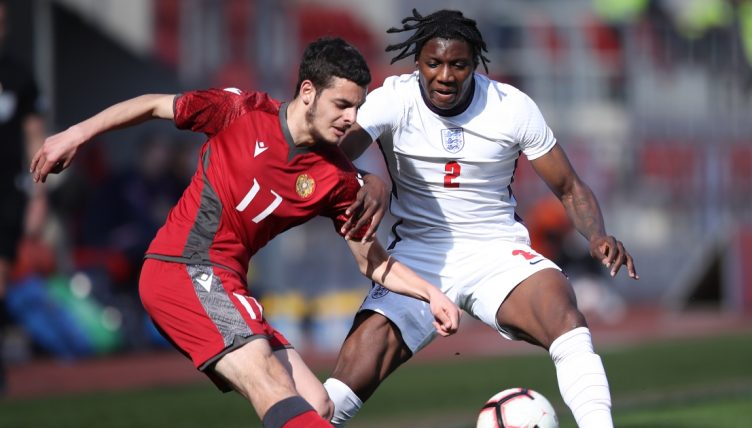 Norton-Cuffy, who came through Arsenal’s academy, made his Premier League 2 debut at the age of 16 in 2020 and is tipped for a bright future at the Emirates.

The 18-year-old decided to join League One side Lincoln City on a temporary loan deal in January and has seamlessly adapted to senior football.

He’s already made 13 appearances for the club and recently scored his first professional goal during Lincoln’s 3-1 win over Sheffield Wednesday.

“I don’t want Arsenal ringing me up saying ‘what have you said that for?’ but I’ve been saying it behind the scenes, I think he will play for Arsenal’s first team on a regular basis,” Lincoln City manager Michael Appleton recently told Lincolnshire Live.

“It might not be for a couple of years but it’s definitely going to happen. He’ll hopefully continue his progression over the next few games.

“There are one or two things that I think I can help him with, but by the time he goes back to Arsenal, he’ll be much better.”

His performances saw him called up to the England Under-19s squad for the first time ahead of their European Championship qualifiers.

After beating Ireland and Armenia, England needed to pick up all three points from their final group game against Portugal to qualify for the tournament.

The Three Lions got off to a brilliant start when Norton-Cuffy’s brilliant cross picked out Tottenham striker Dane Scarlett, who slotted the ball past Andre Gomes.

Scarlett got his second goal of the game and doubled their lead from the penalty spot after Gomes fouled Alfie Devine on the stroke of half-time.

Brooke Norton-Cuffy’s assist to give England u19s the lead in their must-win game against then-group-leaders Portugal. England won 2-0 to qualify for the U19 Euros #AFC pic.twitter.com/PmVGD6LNhw