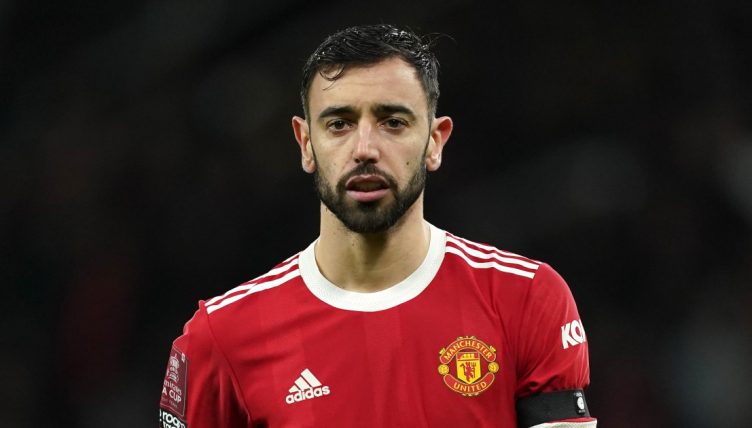 Bruno Fernandes missed a brilliant, gilt-edged chance for Manchester United in their Premier League clash with Leicester on Saturday teatime.

It came after Fred intercepted a misplaced pass, but Fernandes failed to convert and the game remained at 0-0.

Fred latched onto a poor ball from Wesley Fofana and was able to play in Bruno Fernandes who had immediately made a run towards goal.

But, under pressure from both Leicester defenders who came at him from both sides, he was unable to steer the ball past Kasper Schmeichel with his effort ultimately a poor one.

It was the best chance for either side in a lacklustre first half that had little quality.

Fernandes has recently signed a new Manchester United contract, a reward for his performances since he was signed in January 2020.

“There is so much more that I want to achieve here, and I know that is the same for the rest of the squad and staff,” he signed after signing his new contract.

“More than anything, we want to give the fans the success that they deserve. We have shared some great moments over the last years, but the best is yet to come from myself and this team.”

It was a move that was met with some criticism, with Manchester United having not yet appointed a new permanent manager.

“Unless they’ve got a manager sorted, which I doubt they have… I’m very shocked.”

Manchester United were without Ronaldo for the match against Leicester after the Portuguese international had to pull out of the match with reported flu-like symptoms.

As a result, United have been playing without a striker as Edison Cavani picked up yet another injury while on international duty with Uruguay.

The best chance of the game so far 🥵️