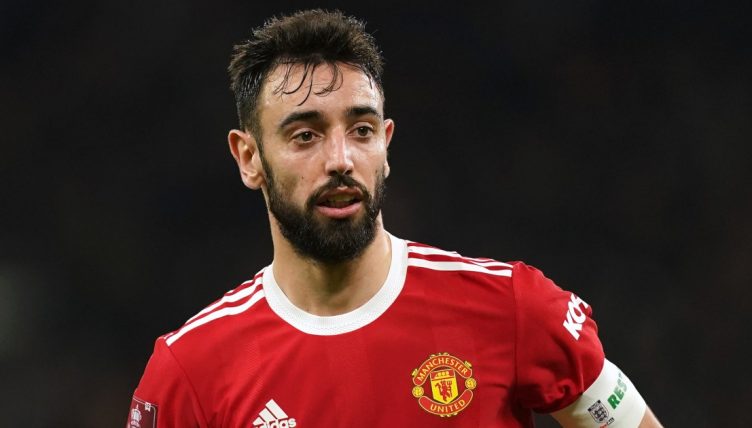 Manchester United were eliminated from the FA Cup by Championship side Middlesbrough on Friday night – and Bruno Fernandes contributed to the defeat with an incredible miss with an open goal gaping.

United eventually lost 8-7 on penalties with youngster Anthony Elanga the only player to miss in the shoot-out after he blasted over the bar.

But Ralf Rangnick’s team only have themselves to blame after missing a number of clear cut chances – with Fernandes as the worst offender.

After being pegged back through a controversial goal from Matt Crooks, United pressed forward for the winner and Fernandes found himself presented with the easiest chance of his career.

But, unbelievably, the Portugal midfielder smashed his effort against the post with the goal gaping.

The miss generated surprised cries from the Old Trafford faithful, many of whom would have rubbed their eyes in disbelief at how Fernandes managed to not score.

Despite the controversial nature of Middlesbrough equaliser during the 1-1 draw, Rangnick said his team could have ‘no compliants’ about their exit from the FA Cup – a competition they haven’t won since 2016.

“We gave away too many chances, especially in the first half,” he told ITV afterwards.

“We should and could have easily been up 3-0 after 45 minutes and even in the second half, we missed some great opportunities, even after they scored their goal that shouldn’t have stood.

“But Bruno’s chance was almost like a penalty as well, so we have to blame ourselves for giving away and wasting too many opportunities in the game.

“And, in the end, if it’s on penalties it’s also a question of luck and in the end, we lost that game and we are all incredibly disappointed.”