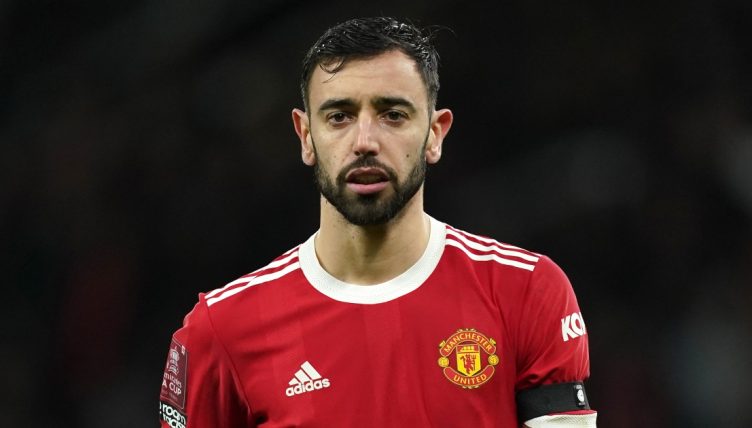 Manchester United midfielder Bruno Fernandes was lucky to avoid being sent-off after swinging a punch at James Ward-Prowse during their match against Southampton.

Despite United looking unlikely to win a trophy for the fifth consecutive season, Fernandes recently praised the work of interim manager Ralf Rangnick.

“I think we have been doing well,” Fernandes told Premier League Productions. “There is still a lot to improve on and I think everyone is aware of that, because we know that we can do much better.

“Obviously, since he [Rangnick] came, we have had a lot of good results, but still some results that, when we look back, we think that we could have more points in the league.

“I think he has brought his own way to play, the mentality that he has, the way that he thinks is better for us and that is it. After that, every player has to give the best of themselves, to help the team to be better.”

But Fernandes didn’t cover himself in glory during Saturday’s Premier League match against Southampton with his right-hander in the direction of James Ward-Prowse.

The game was level at 1-1 in the second-half when Fernandes and his opponent got into a tangle in midfield.

It looked innocuous but the Portugal international allowed the red mist to descend and swung a wild punch at Ward-Prowse.

Fortunately for everyone involved, he missed his target completely and connected only with thin air. Referee Stuart Attwell came across to tell everyone to simmer down and the moment was diffused.

“I have always said, not winning a title for this club is like a nightmare because it is something I want,” Fernandes said earlier this week about the prospect of United going trophyless.

“I want to do it for me, but also because I think the club deserves it, the fans deserve it, and a club like this should not be so long without winning a trophy.”