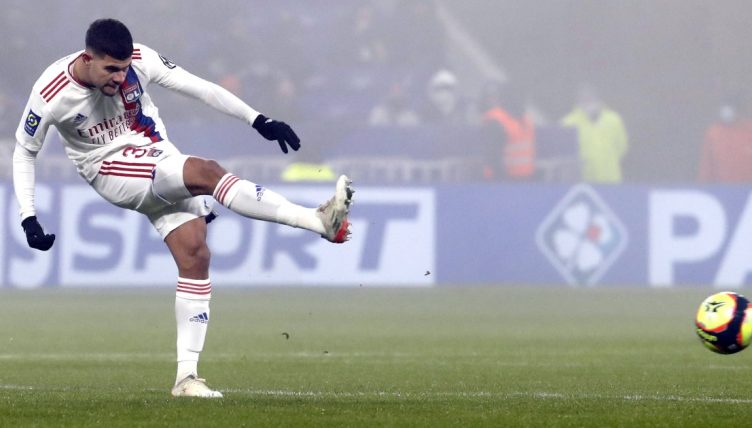 Arsenal are expected to be busy in the January transfer window and one of their main targets has provided further evidence of his quality with a sumptuous assist against PSG.

Arsenal have been heavily linked with a move for Lyon midfielder Bruno Guimaraes and the defensive midfielder played a superb through ball for Lucas Pacqueta to open the scoring during the Ligue 1 match on Sunday.

A brilliant first-time touch in the middle of the pitch evaded Marco Verratti and created space for the excellent lofted pass during the 1-1 draw.

It was the 24-year-old’s sixth assist of the season and it’s easy to see why Mikel Arteta is so keen to add him to the Arsenal squad.

The club are said to be eager to strengthen their midfield options and their tepid FA Cup exit at Nottingham Forest may have focused a few minds at the Emirates.

Guimaraes has been valued at £37.5million, so any move to bring him to Arsenal this month won’t come cheaply.

Lyon build from the back and rip PSG to shreds courtesy of a beautiful assist!