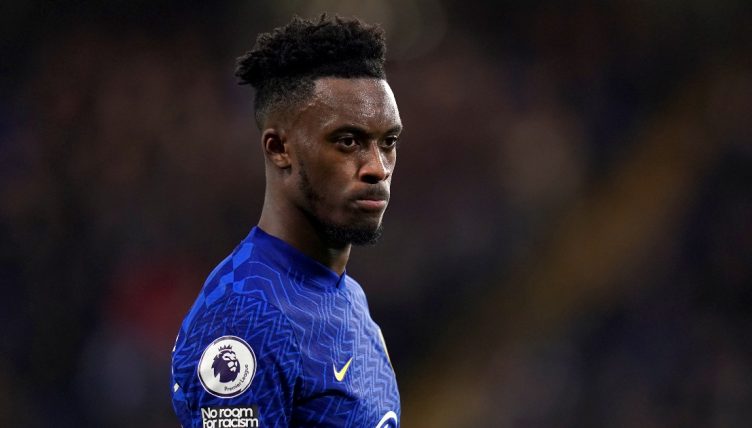 Callum Hudson-Odoi is not having the best time in a Chelsea shirt.

Once one of the most talented stars to come through their ranks, who attracted heavy interest from Bayern Munich, he has managed just four Premier League goals since his debut in 2018.

With his side leading 1-0 at home to Brighton, but struggling to contain the visitors, the young winger had a great opportunity to finish the game off for the hosts when he found himself running into space with just one defender to beat.

With Mason Mount in space ready to score a tap-in, the 21-year-old just had to complete one pass to secure all three points.

Instead, Hudson-Odoi saw his ball get cut out by Joel Veltman, much to the annoyance of the Chelsea fans at Stamford Bridge.

Chelsea would then go on to concede an injury-time equaliser, courtesy of Danny Welbeck, and ended up drawing the game 1-1. Given this opportunity to kill the game, many have criticised the decision-making process of Hudson-Odoi.

Some have been quick to point out the missed handball in this move, whilst others slated the Englishman for not shooting or passing earlier.

To make things worse, Chelsea also lost Reece James to injury during the game, and now find themselves eight points off Manchester City at the top.

Handball or not, he should have done better…

Not 1 but everyone was crazy to jump on CHO for making the right decision here and they didn’t even see it was handball. It’s crazy how some people protected by this fanbase https://t.co/KKNKiFisBq pic.twitter.com/lXE2zDMrqw