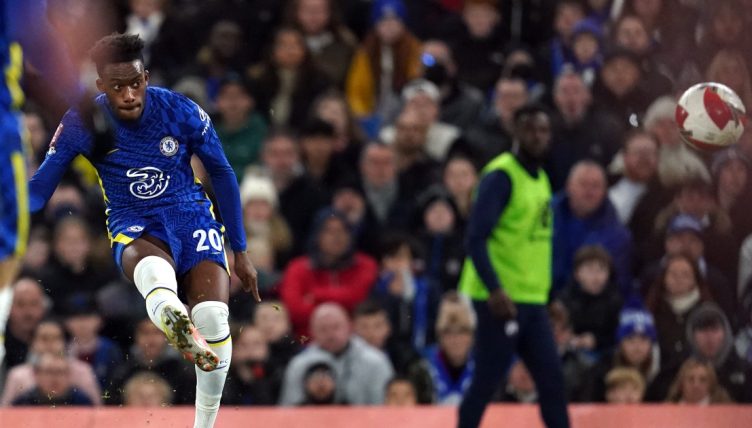 Callum Hudson-Odoi is a player that’ll be looking to kick-start his career in 2022 and the Chelsea man scored a screamer during their FA Cup tie against Chesterfield on Saturday evening.

Hudson-Odoi enjoyed a breakout campaign under Maurizio Sarri in 2018-19 but has struggled to recapture the form that won him his first England cap as an 18-year-old.

He was left on the bench in the Blues’ opening three league matches but has enjoyed more regular football over the autumn and winter as his form has improved.

And he made his mark during Saturday’s FA Cup tie at Stamford Bridge with a special goal.

Hudson-Odoi drifted in from the left-wing, used a line of four defenders as a shield, and proceeded to curl a delicious shot into the bottom right corner. Chesterfield goalkeeper Scott Loach was left with no chance.

With Chelsea still fighting to win four competitions, they’ll need Hudson-Odoi to remain fit and firing over the coming months as Thomas Tuchel looks to mark his first full season as the club’s manager with silverware.

WHAT A GOAL BY CALLUM HUDSON ODOI! Mad finish by CHO pic.twitter.com/W92rGuYKFj