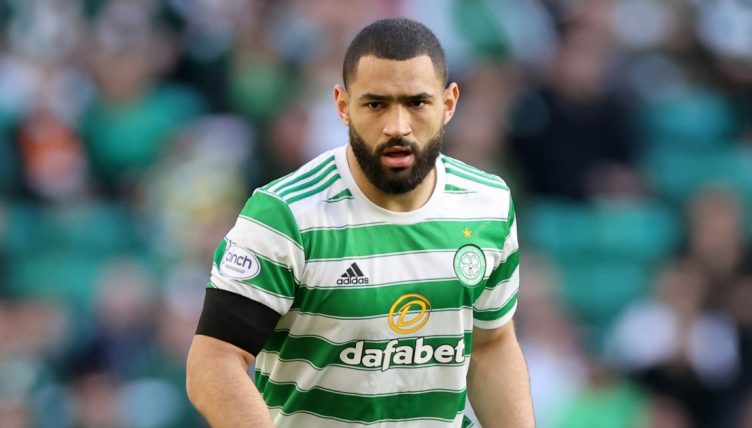 Carter-Vickers came through Tottenham’s academy and made his first-team debut under Mauricio Pochettino in an EFL Cup tie in September 2016.

But the centre-back has since made just four more appearances for the club and had six different loan spells in the Championship.

He then decided to join Celtic on a season-long loan deal in August 2021 and has been one of the first names on the team sheet for Ange Postecoglou’s side.

Carter-Vickers made his 38th appearance of the season in Celtic’s trip to Ibrox but Rangers took an early lead through Aaron Ramsey’s strike.

Tom Rogic equalised moments later and Carter-Vickers then scored his fourth Celtic goal to give his side the lead on the stroke of half-time.

The USA international was later awarded the Man of the Match award as Celtic held on for the win to go six points clear of Rangers.

“It’s a massive win for us,” Carter-Vickers told Sky Sports after the game. “All season we’ve shown the character to keep going no matter what the score is, and that’s what we did today.

“Sometimes it takes a bit of time to get into the game, especially at a big stadium like this. It was disappointing to concede in the first few minutes but after that I thought we played well.

“The goal was a bit lucky, probably. It ricocheted off two or three people and fell to me, I had a shot and luckily it went in.

“There was a lot of defending to do in the second half. We had to defend as a unit and I thought we did that well today.”

Cameron Carter-Vickers scores in the Old Firm as Celtic come from behind to lead! 🇺🇸 pic.twitter.com/unvlAW5Sud