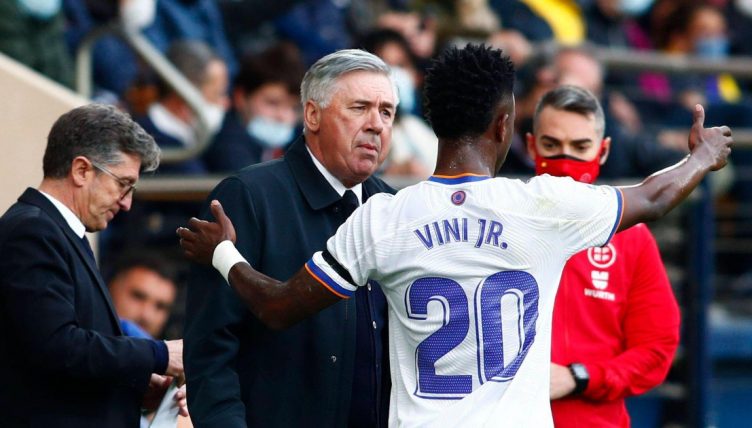 Madrid’s 4-0 victory over Espanyol confirmed their return to the summit of Spanish football as they claimed their 35th Spanish title.

By guiding Madrid to the title, Ancelotti has become the first manager in history to win all five major European leagues, having also won the Serie A with AC Milan, the Premier League with Chelsea, Ligue 1 with PSG and the Bundesliga with Bayern Munich.

While Los Blancos paraded the La Liga trophy through the streets of Madrid, Ancelotti was seen swinging from side to side with his Brazilian winger.

Another video showed Vinicius dancing to none other than Olivia Rodrigo and enjoying himself as he celebrated what is already his second La Liga title in his brief career.

The winger has been in exceptional form this season and has found a rich vein of form under Ancelotti, scoring 14 and assisting 12 in the league alone.

“It’s the first time I’ve won a title at the Bernabeu, the atmosphere is really something special,” Ancelotti said after winning the league. “If I was crying, it’s because I’m happy.”

His attention will now turn to the second leg of Madrid’s Champions League semi-final with Manchester City, with Ancelotti’s side 4-3 down on aggregate but playing the second leg at the Bernabeu.

“We have to be ready,” Ancelotti said after the first leg. “We are going to fight for another magical night.

“They scored two goals that could have been avoided with a little more attention. It happened, we reacted and we have the game alive for the second leg.

11 amazing quotes about Carlo Ancelotti: ‘He’s like a big bear’