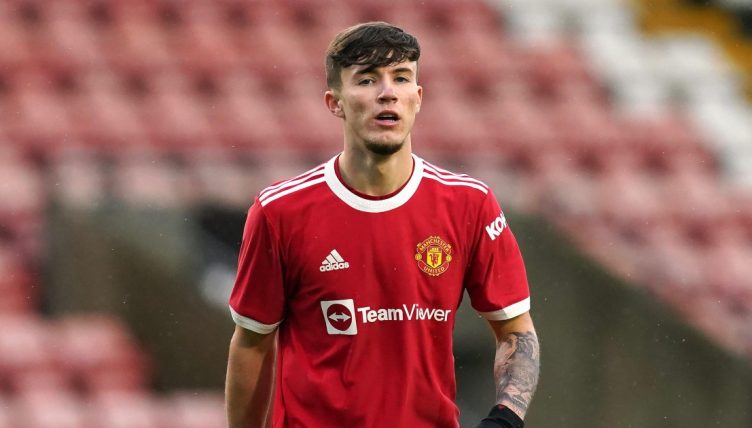 McNeill, who reportedly scored over 600 goals during his time at Manchester City’s academy, joined United in 2020 in a reported £750,000 move and is regarded as one of their most exciting prospects.

He registered 13 goals and six assists for United’s Under-18s in 2021-22, including five goals in their successful FA Youth Cup campaign.

The striker also got a taste of Under-23s football over the course of the season and scored four goals in 13 Premier League 2 appearances.

“He is a goal scorer, that will always be his currency,” United coach Travis Binnion told the Manchester Evening News in March.

The 18-year-old, who has already become a fan favourite due to his shithousery, has been preparing for the new season by going through some shooting drills with an individual coach.

In a video shared on social media, McNeill did his best Ricardo Quaresma impression with a brilliant trivela goal and then scored another stunning goal with his weaker left foot.

He’s set to return to Carrington next week for pre-season training and will be hoping to catch the eye of new manager Erik ten Hag.

While he’s expected to spend 2022-23 with the Under-23s, United’s lack of strikers could present him with some first-team opportunities.

Edinson Cavani has already left the club on a free transfer while Anthony Martial has reportedly been deemed surplus to requirements.

Cristiano Ronaldo is United’s only other recognised striker and the 37-year-old won’t be able to play every game as he approaches the end of his career.