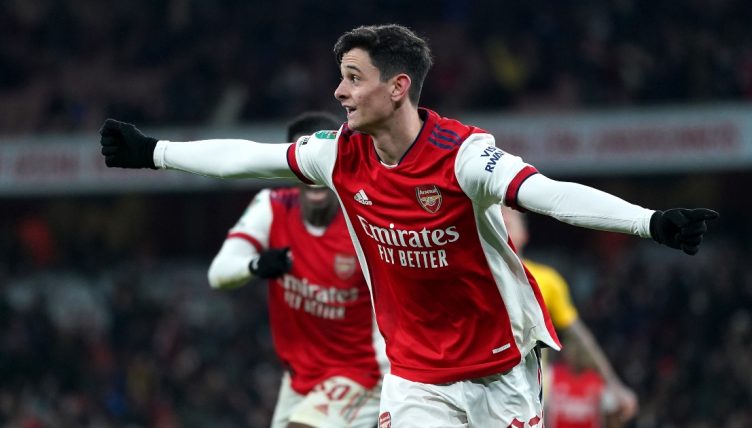 Arsenal progressed into the League Cup semi-finals after their 5-1 victory over Sunderland at the Emirates Stadium – but the night belonged to Charlie Patino.

The 18-year-old Patino was named on the bench for Tuesday’s match, with the Arsenal faithful excited at the prospect of seeing the highly-rated midfielder make his debut for the club.

Despite some scares from their League One opponents, a hat-trick from Eddie Nketiah and a strike from Nicolas Pepe meant Patino was introduced with Arsenal already 4-1 up.

Arriving on the pitch with 80 minutes played, Patino didn’t need long to make the night his own. After making space in the penalty area, the youngster was on hand to convert Pepe’s pullback and mark his first Arsenal appearance with his first senior goal.

Understandably, he ran off with a look of sheer delight, mixed with a little disbelief, spread across his face as the Emirates crowd vigorously celebrated the goal of another academy graduate.

After the final whistle, manager Mikel Arteta, who has really placed his faith in the club’s youth products, walked onto the pitch and warmly embraced Patino, with a fatherly pride obvious as the two came together.

“A beautiful moment. He is a kid that is coming through our system, a lovely kid. He is training with us almost every week. It was a dream,” said Mikel Arteta after the game.

“As a debut to come here, to score in front of our fans, a really special moment.”