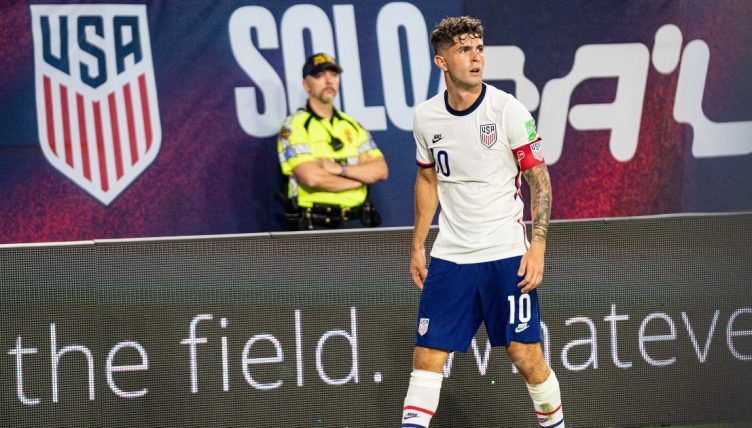 Chelsea attacker Christian Pulisic made an instant impact from the bench as the USA beat Honduras 3-0 in a World Cup qualifier played in extreme-cold conditions.

Goals from Weston McKennie, Walker Zimmerman and Pulisic sealed the win in Minnesota, where temperatures dropped to -16C during the contest.

As well as tights and gloves, some players even wore balaclavas against the cold and Honduras said two players had to be taken off “due to the extreme weather”.

Craig Burley, working as a pundit for ESPN, said: “This is one more piece of the pathetic jigsaw. The USA has a big population but a small soccer mentality. If you are a player you want to play in the best conditions possible – you back yourself.

“They don’t go and put a game on in an area where this time of year the weather and temperatures and everything that goes with playing your best is horrendous. That’s a very small mentality to have.”

But the victory was vital for the USMNT after their defeat to Canada last week which left their qualification hopes looking more uncertain.

Pulisic started the game on the bench and watched his team-mates establish a two-goal lead over their already eliminated opponents.

The 23-year-old was introduced into proceedings as a 64th-minute substitute and got himself onto the scoresheet within three minutes.

Ricardo Pepi flicked on a corner into Pulisic’s path and the Chelsea man lashed home a finish from close range to seal the points for the US.

The USMNT are now second in Concacaf qualifying for teams from Central America, North America and the Caribbean with three games remaining.

Three of the eight teams in the group will qualify for the World Cup automatically, with a fourth entering a play-off against the winner of the Oceania qualifying tournament.

Where are they now? Chelsea’s last 10 Young Player of the Year winners