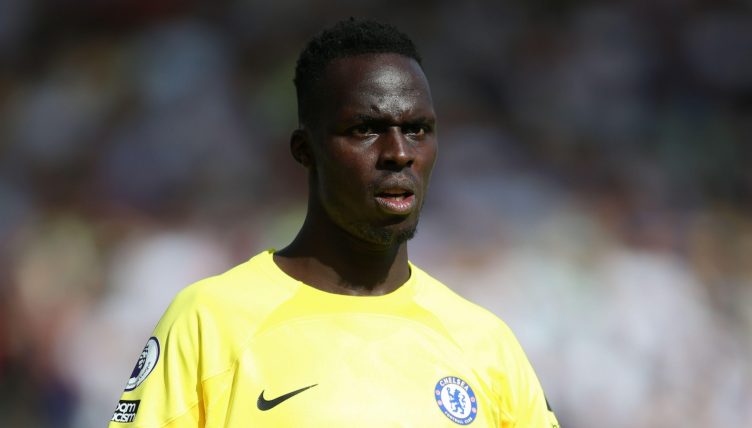 Chelsea secured a 2-1 victory over West Ham United on Saturday afternoon but all the post-match discussion surrounded the decision to rule out Maxwel Cornet’s late equaliser for a foul on Edouard Mendy.

West Ham had taken the lead at Stamford Bridge through Michail Antonio before Ben Chilwell levelled the score and Kai Havertz netted an 88th-minute winner for Thomas Tuchel’s team.

However, in the 90th minute, West Ham thought they’d rescued a point when Cornet pounced on an error from Mendy, only for VAR to overturn the goal as Mendy was adjudged to have been fouled by Jarrod Bowen as he jumped over the goalkeeper.

But replays clearly showed that, while Bowen’s trailing foot made contact with Mendy, it was minimal and hardly worthy of a foul or the theatrical writhing on the floor from the Chelsea goalkeeper.

“You have seen it, it is a scandalous decision, absolutely rotten from one of the supposedly elite referees,” West Ham manager David Moyes said afterwards. “It doesn’t say much about whoever sent him over from VAR as well. It is an unbelievable decision against us.

“I support a lot of the VAR stuff, I actually think the goalkeeper dives, he is faking an injury because he cannot get to the next one. He did the same on the first goal as well. The referee somehow gets that so wrong it is incredible.”

While West Ham captain Declan Rice told BBC Sport: “We’ve obviously just looked back at it as a team. I can’t say too much because if I say what I want to then I’ll get fined.

“But how can you go over to the monitor and call that a foul, it’s an absolute disgrace. The lads and the manager are gutted and we feel like we could have come away with something.”

On the other hand, Chelsea boss Thomas Tuchel supported the decision. Speaking in his post-match interview, he said: “It was a clear foul on the goalkeeper, I had doubts about the first one – but I will not comment, last time I got punished with huge fines.

“You give your opinion, you will not be fined.”