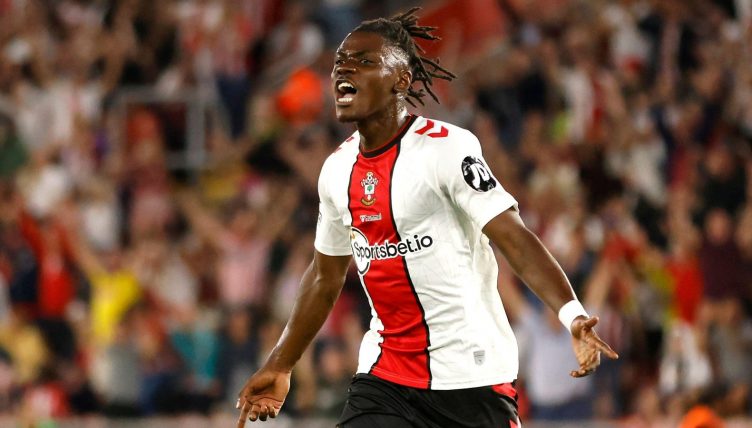 The transfer window is closed and we assume that Fabrizio Romano has since taken the biggest nap in human history.

But the transfer insider is back and has explained some of the ins and outs behind the scenes on deadline day, with some particularly interesting revelations about Chelsea’s last-minute business.

Chelsea were among the Premier League’s busiest clubs on the final day of the transfer window. They signed former Arsenal striker Pierre-Emerick Aubameyang, who played under Thomas Tuchel at Borussia Dortmund, from Barcelona.

Meanwhile, long-serving left-back Marcos Alonso moved in the other direction to Camp Nou.

But according to Romano, Chelsea were also pursuing other deals that didn’t quite get done.

The most eyebrow-raising detail comes in the form of their attempt to sign Southampton wonderkid Romeo Lavia. The 18-year-old Belgian has caught the eye in his early appearances for Saints but he only arrived at the club in July, for a fee of around £10million. He signed a five-year deal at St. Mary’s.

In midweek he scored as Southampton came from behind to beat Chelsea 2-1.

Chelsea spent £275million in the 2022 summer window, the most of any club in Europe’s top five leagues, but they reportedly attempted to sign Lavia for £50million.

“We know about Zakaria, they had many players on their list during the final days of the window.

“But on deadline day, before jumping on Denis Zakaria opportunity, a few hours before the end of the window as Tuchel confirmed, he said it was a very late idea.

“Chelsea, during the afternoon/late morning, made a bid to Southampton for Romeo Lavia. A surprising bid. It was £50million. A really big proposal. For a player that signed for Southampton this summer.

“Man City have a buyback clause on him for €40million. Chelsea bid £50million for the same player that joined Southampton this summer. The answer from Southampton was no.

“They want to keep the player. He’s part of the project. He will be part of the top clubs in the future for sure, but for now Southampton are enjoying a fantastic, fantastic talent.”

READ NEXT: Chelsea’s last six transfer deadline day signings and how they fared