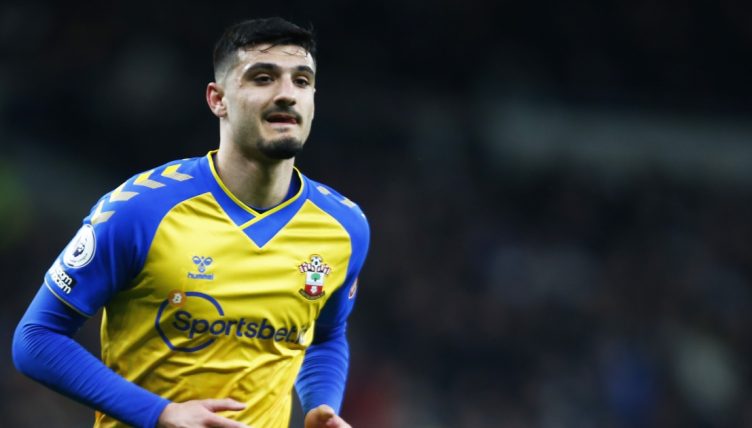 Chelsea striker Armando Broja has been earning rave reviews at Southampton this season and put in another impressive performance during their 1-1 draw at Manchester United – turning Harry Maguire inside out with one memorable turn.

A product of the Blues’ famed academy, English-born Broja is enjoying an excellent loan spell on the South Coast.

The 20-year-old has six goals in 20 appearances – the youngest player to reach that tally in the current Premier League campaign – with the 6ft 2 striker reaping the rewards of a decision to spend this term on loan at the Saints.

After a slow start, the Albania international has really come alive and his form at one stage led to some Chelsea fans calling for him to be recalled to challenge Romelu Lukaku and Timo Werner for a starting spot in attack.

His performance at Old Trafford would have done nothing to dissuade those Chelsea supporters. Broja was a handful all afternoon despite not getting himself on the scoresheet.

And he gave United captain Maguire more than enough to keep the England defender busy.

Towards the end of the match, Broja picked up the ball on the left-wing and completely turned Maguire inside-out making the United defender look foolish.

Unfortunately, the youngster hesitated when you’d expect him to shoot, allowing Maguire to get back and barge the player over before shepherding the ball out for a goal kick.

United took the lead through Jadon Sancho but were pegged back by Che Adams’ equaliser for Southampton and a draw was probably the correct result.

With Broja in this kind of form, it shouldn’t be too long before Chelsea are forced into deciding whether he’d slot into their first team or be sold elsewhere.  There’d be plenty of takers for him.