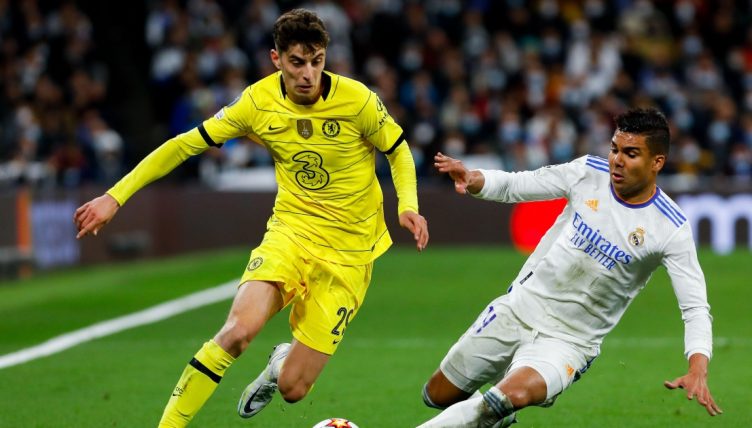 Chelsea fans were left fuming with the match officials after being knocked out of the Champions League quarter-finals by Real Madrid.

Madrid had a 3-1 lead after the first leg at Stamford Bridge but Mason Mount and Antonio Rudiger scored at the Bernabeu, making it 3-3 on aggregate.

Marcos Alonso thought he’d made it 4-3 to Thomas Tuchel’s side, only for his goal to be ruled out for handball following a VAR review.

Chelsea did score a third through Timo Werner but goals from Rodrygo and Karim Benzema gave Madrid a 5-4 aggregate win.

“These are the kind of defeats we can digest and swallow because we left nothing to regret out there,” Tuchel told BT Sport after the game.

“We played what we wanted to play and showed the quality and character the team has. We deserved to go through it, but it was not meant to be, we were simply unlucky. The full credit is for the players.

“I’m very disappointed for the referee that he did not check [the disallowed Alonso goal] … but that’s what you get when you play Real Madrid in the Champions League.

“We had a huge deficit to overcome. Unfortunately both of their goals today came from mistakes in the build-up. They took advantage of the mistakes with individual quality and over the two legs, we did too many of these big mistakes.”

Alongside the decision to disallow Alonso’s goal, Chelsea fans on social media felt there was another controversial moment at the Bernabeu.

During the opening moments of the second half, Kai Havertz tried to pounce on a loose ball but former Chelsea goalkeeper Thibaut Courtois beat him to it.

Despite replays appearing to show that Casemiro sent the Germany international tumbling to the floor, VAR didn’t review the incident and a penalty wasn’t awarded.

Penalty from Casemiro to Havertz not signaled?🤨 pic.twitter.com/IHmRgWsqU7