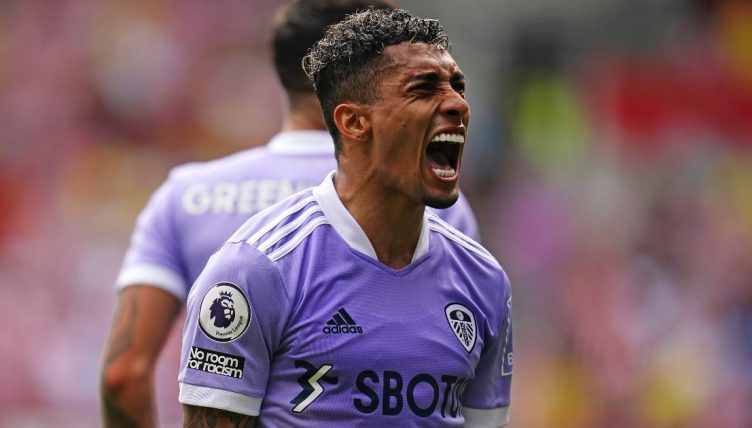 Raphinha has been one of the ever-present names of the transfer gossip columns this summer, and it looks like he’s almost certain to leave Elland Road amid a four-way tussle for his signature.

The 25-year-old Brazil international has two years left on his contact with Leeds, but has reportedly made clear his desire to play at a higher level next season.

Barcelona is said to be his preferred destination, with his agent Deco – the former Portugal international that played for the Catalan club – said to be on good terms with the club’s hierarchy, particularly president Joan Laporta, who brought him to the Camp Nou back in 2004.

But Barcelona’s precarious financial situation means that they’re unlikely to stump up the £65million asking price demanded by Leeds. Which leaves a three-way tussle between three of the Premier League’s big London clubs.

David Ornstein has reported that Arsenal have officially tabled a bid for Raphinha, but their offer falls well below Leeds’ valuation and is said to have been rejected out of hand.

That could bring Tottenham and Chelsea into the equation, especially as they can offer something Mikel Arteta’s Gunners can’t – Champions League football.

Chelsea are yet to announce a new signing under new chairman Todd Boehly, who is reportedly keen on bringing Raphinha to Stamford Bridge. According to The Athletic, the Blues are the player’s “preferred destination” after Barcelona. Deco also represented Chelsea, making 58 appearances between 2008 and 2010.

The good news for Chelsea is that the attacker looks like he gets on well with manager Tuchel, at least by the looks of this fan-shot clip from last season.

Raphinha featured for Leeds in a 3-2 defeat to Chelsea last December. Tuchel can be seen jovially sharing a word with the Leeds forward after the match, as fans watch on, with one shouting: “tap him up!”