Watch: Thomas Tuchel fumes at Conor Gallagher from the touchline 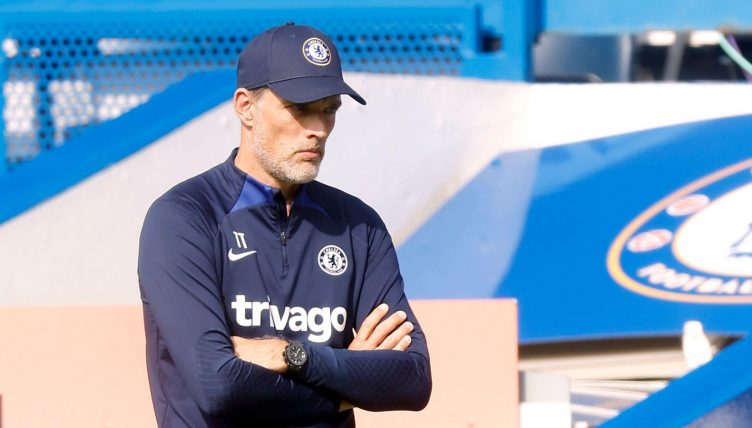 It’s been a slow start to the season for Tuchel’s side, with chastening defeats to Leeds United and Southampton, and they produced another unconvincing performance at home to their London rivals on Saturday.

They needed a late fightback to come from behind and take the three points, while only a controversial refereeing decision spared their blushes to deny West Ham an injury-time equaliser.

Gallagher greatly impressed out on loan at Crystal Palace last season and has since been rewarded with England caps, but he’s taking time to get up to speed at his parent club.

“Today he is responsible for what he did,” Tuchel told reporters after Gallagher was sent off for two first-half bookings last week.

“Of course, he knows it was a huge mistake. We spoke briefly after the game and things like this can happen.

“At the end of this chain is a decision that brings such a huge disadvantage after 25 minutes. It’s a very, very bad decision from Conor and, of course, he is upset. Everybody was upset in this moment because it almost kills the whole football match.”

“Proud of the team for digging deep today and winning with 10 men,” Gallagher wrote on Instagram following the defeat.

“Personally, I want to apologise to my teammates, staff and the fans.

“I take full responsibility for the rash decision leaving them with a huge challenge for the rest of the game. Thankfully, they came through.”

Gallagher was subsequently suspended for the Blues’ midweek defeat away to Southampton but was back in the starting line-up against West Ham on Saturday.

The 22-year-old was withdrawn by Tuchel on the hour mark, two minutes before Michail Antonio opened the scoring for David Moyes’ Hammers.

Watching Tuchel’s reaction to Gallagher holding onto the ball and not playing a pass tells you the frustrations he felt watching the young midfielder.

READ NEXT: Aubameyang next: Ranking every Chelsea No.9 of the Prem era