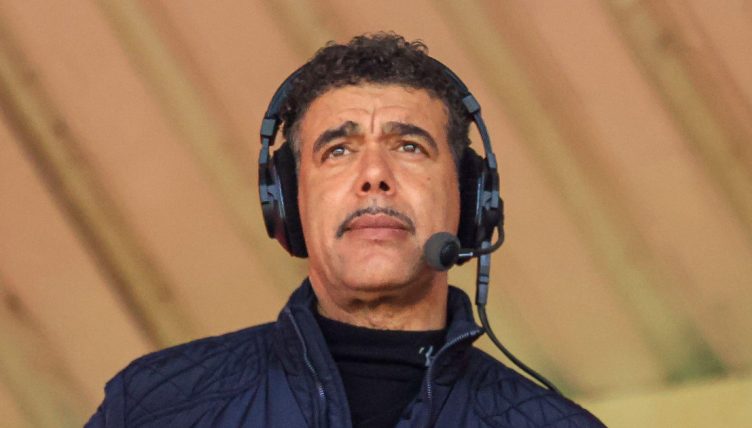 Chris Kamara is everyone’s favourite reporter on Sky Sports News Soccer Saturday but he has announced that this season will be his last after 24 years on the show, and everyone has paid tribute to him.

Kamara’s humour and cluelessness as to what was actually happening on the pitch, combined with his great on-air relationship with host Jeff Stelling, made Soccer Saturday unmissable viewing to follow the Saturday kick-offs around the country.

The 64-year-old, who in his playing career turned out for the likes of Portsmouth, Luton and Middlesbrough, joined Sky Sports at the end of his career in 1999, and quickly became one of the most popular figures on the channel.

Some of his reporting errors became iconic, including when he failed to realise that there was a red card when Portsmouth played against Blackburn Rovers.

His snappy quotes such as “I dunno Jeff” and “unbelievable Jeff” became household terms amongst viewers, and Sky Sports released a montage of his best moments on the show.

“My long career at Sky Sports has never felt like work. I’ve spent 24 terrific years at Sky, and leave with the best of memories,” Kamara stated ahead of one of his last few weekends on the show.

“My time on Soccer AM, Goals on Sunday and, of course, on Soccer Saturday with Jeff has been – to coin a phrase – unbelievable. I’ve had the time of my life, and look forward to tuning in every Saturday as a fan.”

‘Kammy’ has been praised for his broadcasting in the past despite his hilarious gaffes, as he made Soccer Saturday more entertaining than previously imaginable.

“Kammy has been a Sky Sports star. Everyone has a favourite Kammy anecdote or highlight, and the tribute we paid to him on air this afternoon really shows the special place he has in the hearts of our viewers,” Sky Sports director Gary Hughes stated.

“We’ve been so lucky to have him, and he will always be part of the Sky Sports football family.”

He will certainly be missed by viewers during Saturday afternoon kick-offs next season.

Chris Kamara is a Sky Sports legend ❤️ He will be missed. pic.twitter.com/bjhaaC1ORz